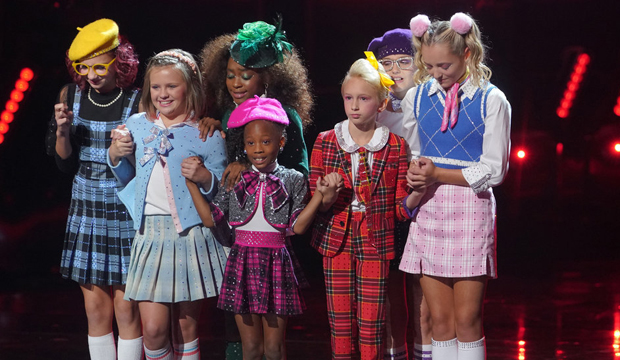 For the 47% of “America’s Got Talent” fans who thought Beyond Belief Dance Company was “robbed” of a spot of making into the semifinals, this news should be right up your alley. The energetic girl group from Mesquite, Texas has received the final wildcard spot of Season 16, with the official announcement reading, “Back, back, back AGAIN! @BeyondBeliefDC is this season’s Semifinals Wildcard and we can’t wait for them to slay the #AGT stage!” Gold Derby’s predictions center has been updated with the exciting news.

Back, back, back AGAIN! @BeyondBeliefDC is this season’s Semifinals
Wildcard and we can’t wait for them to slay the #AGT stage! 👏 pic.twitter.com/gS2oLfmZdf

These pre-teen dancers, ages 8-12, are choreographed by Alyssa Edwards of “RuPaul’s Drag Race” fame, who encourages the talented tykes to just be themselves. For their live quarterfinals performance at the Dolby Theatre, Beyond Belief Dance Company danced their hearts out to “BO$$” by Fifth Harmony, all while dressed in their most extravagant “shopping spree” attire. The four judges praised the girls for their sheer talent and their fun personalities, with Simon Cowell going so far as to say they deserved a spot in the finale.

After America voted, the girls ended up placing in the middle of the pack alongside singer Madilyn Bailey and comedian Kabir Singh. Kabir earned the instant save vote, so the fate of Beyond Belief Dance Company and Madilyn were placed in the hands of Simon, Howie Mandel, Heidi Klum and Sofia Vergara. There was a two-two tie at the judges’ table, which meant America got to decide, and Madilyn ended up advancing because she’d received more support from viewers at home.

SEE ‘America’s Got Talent’ semifinal 1 power rankings: Who is predicted to win season 16?

Can Beyond Belief Dance Company go all the way and win “AGT”? If so, they’d be the first dance group to win the $1 million prize. However, they wouldn’t be the first dance act, as has been incorrectly stated on the show. That honor goes to solo Japanese dancer Kenichi Ebina, who prevailed in Season 8 (see the winner’s list).