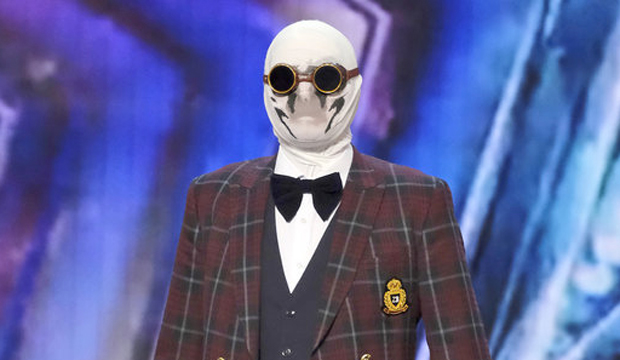 Another live results show meant another five contestants being cut on “America’s Got Talent” Season 16. This week’s handful of acts who were eliminated during the Quarterfinals 3 episode were: singer ANICA, musicians The Curtis Family C-Notes, dancer Keith Apicary, magician Klek Entos and wildcard singer Storm Large. Of this quintet of ousted acts, which one do YOU think was most robbed of a shot of making it into next week’s semifinals? Vote in our poll below and then defend your choice in the comments section.

At the other end of the spectrum, seven talented acts were given the green light based on America’s votes and will next be seen in the semifinals. They were: unicycle group UniCircle Flow, quick-change artist Lea Kyle, voicetramentalist Michael Winslow, singer Brooke Simpson, acrobatic trio Rialcris, dance crew ChapKidz and martial arts group World Taekwondo Demo. Team. The four “AGT” judges — Howie Mandel, Heidi Klum, Sofia Vergara and Simon Cowell — had a decision to save either UniCircle Flow or Storm Large, and they voted 3-1 to save the unicyclists.

Our “AGT” live-blogger John Benutty covered all of the contestants’ live performances during the August 24 episode. Here is what he had to say about the five eliminated acts:

ANICA — The rock singer took on the Bishop Briggs song “River.” Anica was able to turn the volume up on an already booming soul song by adding her rock band flare to it and in turn making it very much her own. On her feet, Heidi called Anica one of her favorites in the competition for her “Janis Joplin vibes” and says she gives her goosebumps. Howie liked that she delivered on female rock-n-roll, Sofia liked this performance more than her first audition and thinks the audience will vote for her, and Simon also thought it was better, but did not like the pre-performance package about her being a realtor because it seemed too fake and didn’t show enough about why the show matters to her.

The Curtis Family C-Notes — Next up was the seven member family and band of instrumentalists from San Francisco. Tonight their brightly colored costumes served an entire platter of 70s fun and production was even kind enough to edit the performance as the classic music shows of that era would have been. While Heidi and Sofia were enjoying the energy of their rendition of “Love Train,” Howie had the biggest look of confusion on his face and didn’t even clap for them at the end. He started off remarks by saying they seem like a cover band that would be at weddings. Simon was a tad bit more positive, but suggested that they pick a song that would strike a more current note next time. Heidi and Sofia completely disagreed and said they enjoy their family togetherness and they’re perfect for the show, but Sofia was more hesitant about the prospect of them making it in Vegas.

Keith Apicary — He was one of the more surprising additions to the live shows with four yes votes from the judges, and he knew going into the quarterfinals that he’d need a “game changer” in order to keep it going to the semis. He began the performance in a fake guillotine, spoofing the danger acts we often see on the show, before “partying” to his own original song. Though he seemed to be laughing his butt off at the dais, Simon hit his red buzzer as confetti dropped from the rafters all over a dancing Sofia and Heidi. Howie said that his goofiness is really funny and that his talent is making people smile no matter what. Heidi said she’s not sure what the talent is, but that it’s really good tonight and that he makes her smile. Sofia acknowledged that she doesn’t know if he’ll make it anywhere with his act, but she thinks he’s amazing. Simon mentioned that maybe they said yes to him on a day of auditions where everyone else was terrible and that this would never work in Vegas.

Storm Large — Granted her second chance by the public, Storm returned for the quarterfinals with a plan to “level up” with her own take on the 80s hit “Take on Me” by a-ha. Turning the song into a power ballad was a truly inspired choice on her part and certainly lived up to the promise of leveling up in order to catch the voters’ attention. As the only judge to stand and clap for her, Heidi called her a “force of nature” and expressed thanks that they get to hear her incredible voice again. Sofia called her a perfect package, but thought her first song made her voice sound different and that this time it wasn’t better. Simon agreed with Sofia, saying that the “rawness” from the first audition was lost this time in the softness of tonight. Howie didn’t think it was a strong choice of song.

Klek Entos — The shrouded scary magician was up next with his spooky tricks alongside Terry and Sofia as assistants. Simon was not buying what Klek was selling in the setup and quickly hit his X buzzer. Indeed, the storytelling of the ghost story in this performance was convoluted and dragged out. Simon defended his buzzer by saying that “it took a long time to get there” like waiting too long for a coffee and the story didn’t have a good ending. Howie disagreed, saying that it was worth waiting for because it was like a horror film mixed with Darci Lynne Farmer. Heidi called it strange and freaky and thinks that people enjoy being scared. As part of the act, Sofia acknowledged that the beginning was bumpy but that eventually it got going and was exciting.