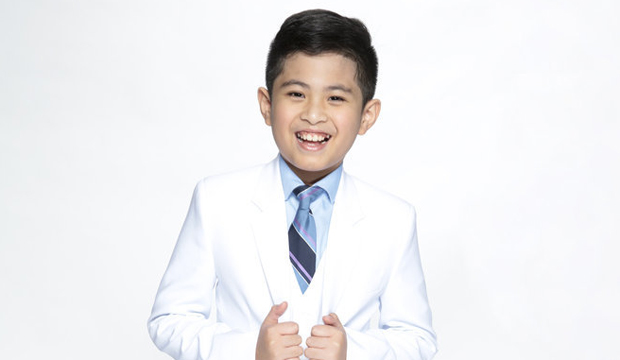 Another live results show meant another group of contestants being cut on “America’s Got Talent” Season 16. The six acts who were eliminated during the Semifinals 1 results show were: child singer Peter Rosalita, sound effects artist Michael Winslow, wildcard dancers Beyond Belief Dance Company, singer Tory Vagasy, singer Madilyn Bailey and singing group Korean Soul. Of all of these ousted acts, which one do YOU think was most robbed of a shot of making it into the finals? Vote in our poll below and then defend your choice in the comments section.

At the other end of the spectrum, five talented acts were given the green light based on America’s votes and will next be seen in the finals. The top three vote-getters were aerialist Aidan Bryant, magician Dustin Tavella and comedian Gina Brillon. Singer Jimmie Herrod advanced due to the instant save, which left Michael Winslow and martial artists World Taekwondo Demo. Team in the hands of the four “AGT” judges: Howie Mandel, Heidi Klum, Sofia Vergara and Simon Cowell. They voted unanimously to keep the martial artists in the competition.

Our “AGT” live-blogger John Benutty covered all of the contestants’ live performances during the August 31 episode. Here is what he had to say about the six eliminated acts:

Peter Rosalita: Kicking off this first night of the semis was Peter with the Mariah Carey version of the ballad “Without You.” Like a pro, he knew he missed the mark at the start of the song and asked the band to restart so that he could get off to the right start. Whether the slip up set him off his game or not, the song may have been too big because it was not the strongest vocal he’s had in the competition. Still, the judges gave him a standing ovation and applauded his recovery from the hiccup at the beginning. Simon was impressed with the fact the he knew he missed the intro and commanded the stage on live television at such a young age.

Michael Winslow: For his next set of voices, the actor played a game with the judges where he had them pick a category and he would make as many noises within that set as he could in his time. Simon chose animals, Sofia chose the ocean, Heidi chose video games and Howie chose hardware. The categories gave him a chance to do a much wider variety of sounds than we heard him do in previous stages of the competition. Howie loved that he chose something interactive this time and Heidi made the point that the audience was laughing the whole time. Simon expressed respect for Michael and that he came out tonight more relaxed than last time and having left the nerves of last week behind him.

Beyond Belief Dance Company: After elimination in the quarterfinals, this was the one lucky act to return as the judges wildcard choice to join the semis. For their second chance the young girls brought the heat with another high energy dance routine. Heidi continued to show support for them and said that she thinks they deserve to be in the finale. Howie said they delivered this time around and Simon said that their sense of optimism that they represent is one of the main reasons why they brought them back and what they bring to the competition. He added that this performance was better than their previous one.

Tory Vagasy: She has taken hits from Howie in the past for not measuring up against the other singers in the competition, but tonight she was determined to prove to him and the audience that she belongs in the finals. To do that she chose “Can You Feel the Love Tonight” as her song. Simon told Tory that she was in a tough spot following Aidan and ultimately she was too safe tonight. Howie acknowledged that she’s an amazing singer with an amazing voice, but agreed with Simon that her style just isn’t right for this show. Heidi differed from the guys and said that they’re lucky to have her and that any Broadway show would be lucky to have her on their stage, too.

Madilyn Bailey: For her past two performances she gave us one original song and one cover song. Breaking the tie tonight, she chose another original called “Red Ribbon” about the memory of her grandmother. Howie hasn’t been a huge fan of Madilyn this season and tonight was no different, comparing her to Tory because she hasn’t been as original as she was in her first audition. Heidi acknowledged that it was a hard song for Madilyn to sing and that tonight she won her over. Simon thought she was true to who she is as an artist tonight and that she’s taken criticism really well through the competition.

Korean Soul: Based on Simon’s critique last round, Korean Soul came to the semis with a goal of connecting more with the audience with their song. To do that they picked Lauren Daigle’s “You Say,” but the judges couldn’t agree about whether or not they succeeded. Simon did think the song choice was good, but he also thought that too many parts of the song sounded out of tune. Sofia disagreed, saying they’re getting better and that they applied the judges comments. Howie differed again by saying that he liked them better last time, including the song choice last time.