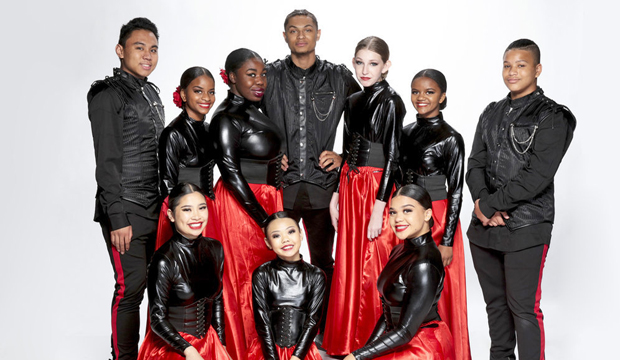 Wednesday’s penultimate live results show resulted in another group of contestants being cut on “America’s Got Talent” Season 16. The six acts who were ousted during the Semifinals 2 week were: dance group ChapKidz, unicycle group UniCircle Flow, singing trio 1aChord, comedian Kabir Singh, mentalist Peter Antoniou and acrobatic brothers Rialcris. Of all of these eliminated acts, which one do YOU think was most robbed of a shot of making it into next week’s finals? Vote in our poll below and then defend your choice in the comments section.

At the other end of the spectrum, five talented acts were given the green light based on America’s votes and will next be seen in the finals. The top three vote-getters were: chorale group Northwell Nurse Choir, comedian Josh Blue and singer Brooke Simpson. Quick-change artist Lea Kyle advanced due to the instant save, which left UniCircle Flow and Victory Brinker in the hands of the four “AGT” judges: Howie Mandel, Heidi Klum, Sofia Vergara and Simon Cowell. They voted 3-to-1 to keep the opera girl in the competition.

Our “AGT” live-blogger John Benutty covered all of the contestants’ live performances during the September 7 episode. Here is what he had to say about the six eliminated acts:

1aChord: Up first tonight was the singing trio that met by chance seven months ago in their college cafeteria and bonded over their shared love of faith and song. Tonight they sang “Every Breath You Take,” harmonizing their voices while one member accompanied on the piano. At the end of the song they were joined by a small chorus to add some heft to the performance and turn it all up a few notches. The judges were all smiles, loving that they included choreography and stepped it up from their previous performances. Heidi screamed that it was amazing they turned a rock song into a hymn. Simon said that the arrangement of the song was hit or miss, but that their vocals were insane (in a great way).

UniCircle Flow: The women of UniCircle Flow were determined to redeem themselves in this round after a couple of mistakes in their previous performance. Tonight their 80s disco themed performance to Dua Lipa’s “Physical” did not disappoint with the numerous acrobatic lifts and more elevated balancing tricks. Heidi said that it was light and bubbly tonight, proving that they are a versatile act with a lot of potential. Sofia liked that their outfits didn’t cover the unicycles and so for the first time we could see the prop better. Simon added that in the past they were boring, but with the music change this time it was a completely different act and they may have elevated enough to make the final.

Kabir Singh: The comic’s goal with “AGT” is to live up to the promise he made his dad to live out his dream and take care of his mom. Tonight his comedy set detoured from the typical topic of his mom and turned toward his dating life. Unfortunately the set was shaky, so much so that toward the end of his time Simon hit his red X in an effort to express disapproval. Simon began the critiques by saying the set wasn’t going great and the buzz somehow made the act better. Howie noted that there’s a lot of pressure and comedy is hard, acknowledging that it didn’t go as well as Kabir wanted it to. Heidi said that she did hear laughs from the audience and that regardless he’s likable and easy to watch. Sofia joined Simon in the disapproval, noting that he was visibly nervous and that his energy was off.

Peter Antoniou: The mentalist had Terry help him on stage with a random collection of photos that were submitted by fans at home in order to tap into the thoughts based on photos alone. He also had Sofia pick one of the photos randomly and communicate telepathically to Peter what was on the photo. Unfortunately that trick did not work as he didn’t describe the correct photo that was in her hands, but when he closed the set with projecting his own thoughts into Terry’s head so that Terry described correctly what was in a picture in Simon’s hands he really redeemed the whole thing. Heidi said that Peter’s stage presence is great and that he’s perfect for Vegas. Overall, Simon was confused why the trick with Sofia went wrong and it gave Peter an opportunity to address that things don’t always go right with mentalism, but Simon still hit his red X.

ChapKidz: The dance crew took the stage tonight with a hip hop routine that highlighted their synchronicity and tutting skills while underscoring that they’re one of the most high energy acts of the season. The judges enthusiastically stood in ovation for them as the crowd cheered louder than they did for any other act. Heidi said their precision was perfect and they may have secured a spot in the finals. Simon topped that excitement by calling it the best performance of the night and Sofia expressed that she already can’t wait to see them perform again in the finals.

Rialcris: It’s important to keep in mind that it can take months and months of practice for the brothers to perfect the 2-minute act that they assemble for an AGT performance. Tonight that training delivered more human tower acts where the guys lifted and balanced one another in what seems to be the most impossible ways, like feet hooked around necks and dual one-armed handstands. Once again Simon was grumpy and hit his red X (third time tonight!) as the other judges excitedly clapped for the act. Sofia called it creative and exciting, but Simon noted that it’s been the same slow act every time they’ve hit the stage. Heidi and Howie both enjoyed the performance, saying that trust, strength and danger all combine in their act.