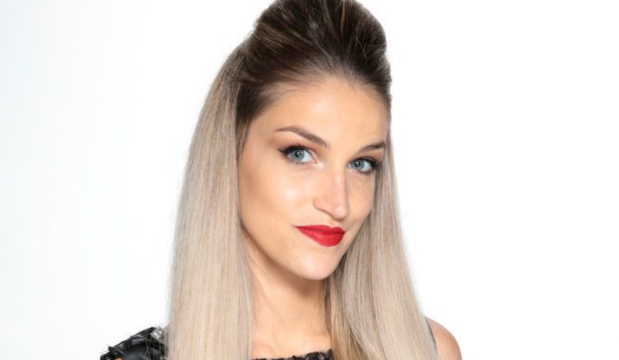 Heidi Klum gave us an “America’s Got Talent” first Tuesday night when she gave quick-change artist Lea Kyle the coveted Golden Buzzer endorsement. The vast majority of golden buzzer acts through the years have been singers, but never before has a fashion act like Lea been given the straight-t0-the-live-shows treatment.

As a supermodel, no one knows fashion like Heidi so when she commented on the “glitzy, gorgeous dresses” already on stage we knew that she was excited for what was to come. Making her living as a beautician, Lea became inspired to merge her love of beauty and fashion with performing after meeting her boyfriend Florian Sainvet who auditioned for the show last season. The dresses she used in her act were all her own creations, adding to artistry of her complete audition.

Quick-change artistry typically involves changing from one outfit into another behind curtains, but in such rapid pace that it’s almost magical. Shortly into Lea’s audition it was clear that she was pushing herself beyond what’s been seen before. While her first change was behind a curtain, her second and third happened in plain sight in pull-away and a cool mosaic fall-away style, respectively. From there she just kept upping the ante to the point of what seemed like magic to a shocked judges panel.

Howie Mandel jumped from his seat in amazement mid-performance and said that they’ve never seen a quick-change artist better than her. Sofia Vergara noticed that Lea had a great time performing and Simon Cowell said it was “very, very cool,” which by now signified that the judges would give her enough votes to move on. But Heidi, in the final critique, noted that because they’ve “never really had anyone that is as good as [Lea]” she felt she should go straight to the live shows. That’s when she added the confetti of a Golden Buzzer to the “magic, incredible, and flawless” traits of Lea’s performance.

In the audition phase of “AGT,” an act needs at least three of the four judges to give them a “yes” vote to advance to the next round. If two or more judges buzz the act, they are immediately eliminated. Each judge and Crews has one chance to hit the “golden buzzer” and send an act straight through to the live performances. Lea joins the four acts to also receive the Golden Buzzer this season: Sofia’s pick Jimmie Herrod, Terry’s pick World Taekwondo, Howie’s pick Northwell Nurse Choir and Simon’s pick Nightbirde.