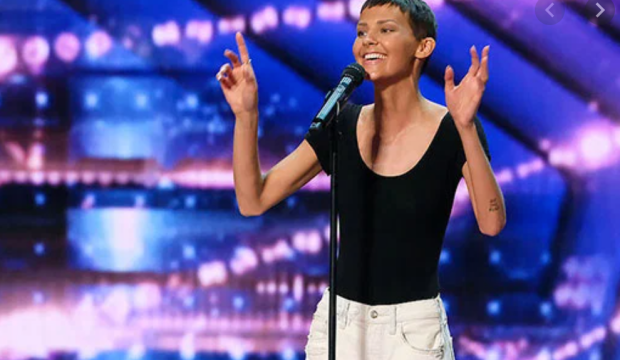 “America’s Got Talent” made a second stand in support of physical and mental well-being on June 8 when Simon Cowell dropped the confetti on songstress Nightbirde at the end of the second night of auditions. At the age of 30, Nightbirde (also known as Jane) wrote the original song “It’s Okay” about “the last year of [her] life” which has been characterized by her battle with cancer currently residing in her lungs, spine and liver. By the end of her segment, Jane commented that though she’s only been given a 2% chance of survival that “is not 0%” and she wishes “people knew how amazing it is” that the 2% is something.

Ahead of her performance, Jane expressed that “it’s important that everyone knows I’m so much more than the bad things that happen to me.” Through the song’s lyrics, she paints the picture of a person trying to escape pain through changing their name and location, but realizing that it’s okay to feel lost and deciding that the path forward is still open to them. With a voice like that of singer songwriter Lykke Li and the sentimental structure of Taylor Swift, Nightbirde’s moved the judges in ways that Sofia Vergara called “powerful and heartfelt.”

SEE ‘America’s Got Talent’ winners: Where are they now updates for first 15 ‘AGT’ champions [PHOTOS]

Though Howie Mandel is notoriously anti-original songs on the show, he found the song striking in its authenticity. Heidi got chills and told her that she has a voice that is “so beautiful to listen to.” But as is always the case with singers, all eyes were on Simon and what kind of critique he’d give the song. He immediately called it “stunning” and agreed with Howie’s label of it as authentic. As he told her how powerful it was for her to “casually tell us what you’re going through” via the song, he got choked up. It was clear that he was remembering his own health scare of the last year and that the lyrics to the song had spoken directly to him. Nightbirde added “You can’t wait until life isn’t hard anymore to decide to be happy.” In the end, he told Jane that he was not going to give her a yes, but instead give her “something else.” And that’s when he hit the Golden Buzzer, connecting in the truest AGT way that he could with Nightbirde and sending her straight to the live shows as his personal choice to go all the way.

“America’s Got Talent” kicked off season 16 on June 1 with a two-hour premiere. All four judges from last season returned: veterans Simon Cowell, Heidi Klum and Howie Mandel plus Sofia Vergara who joined “AGT” in 2020. Terry Crews once again brings his trademark enthusiasm to his hosting duties.

In the audition phase of “AGT,” an act needs at least three of the four judges to give them a “yes” vote to advance to the next round. If two or more judges buzz the act, they are immediately eliminated. Each judge and Crews has one chance to hit the “golden buzzer” and send an act straight through to the live performances.

The format will be the same this year as last, with “America’s Got Talent” airing initially just on Tuesdays with the first six weeks devoted to the auditions that took place around the country. Then there will be four weeks of Judge Cuts beginning in July, followed by the series of live performance shows and results episodes.