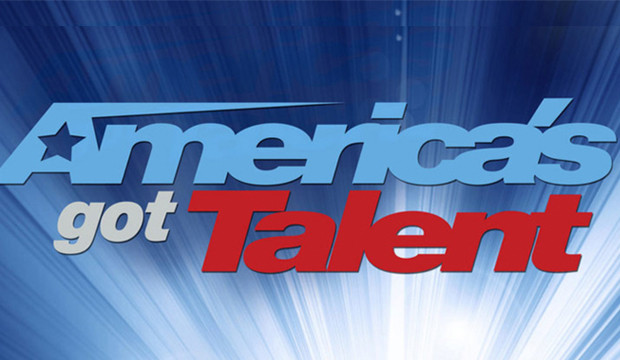 And just like that, the first five acts of “America’s Got Talent” Season 16 have been cut from the competition. The Canine Stars, Beyond Belief Dance Company, Gangstagrass, Sethward and Matt Johnson all heard the unfortunate news during the Quarterfinals 1 live show, which aired August 11 on NBC. Of this quintet of eliminated acts, which one do YOU think was most robbed of a shot of making it into the semifinals? Vote in our poll below and then defend your choice down in the comments section.

At the other end of the spectrum, seven talented acts were given the green light based on America’s votes and will next be seen in the semifinals. They are: singers Jimmie Herrod, Peter Rosalita and Madilyn Bailey, comedians Kabir Singh and Gina Brillon, magician Dustin Tavella and vocal group 1aChord. The four “AGT” judges — Howie Mandel, Heidi Klum, Sofia Vergara and Simon Cowell — had a decision to save either Madilyn or Beyond Belief, but their votes tied so it went to the audience vote, with Madilyn prevailing.

Our live-blogger John Benutty covered all of the contestants’ live performances during the August 10 episode. Here is what he had to say about the five acts who were eliminated:

The Canine Stars — The dogs were up first, kicking their act off by impersonating the judges in a comedy bit that fell mostly flat. Luckily they transitioned into a more expected showcase of tricks with their trainers, not all of which were successfully pulled off but still managed to keep the crowd hyped. Howie and Heidi both agreed that they stepped up their performance quality from their audition and Simon thought this one was clever.

Beyond Belief Dance Company — The Texans led by Alyssa Edwards were up next for their chance to earn a spot in the semis. Their fashion boutique themed routine was high energy and showed a wide range of technical skills. Heidi and Simon both stood in an ovation for the group, noting that their talent is indisputable and that they have a ton of personality. Simon went as far as to say that they showed they’re worthy of being in the finals.

Gangstagrass — On stage next was the band that mixes bluegrass with hip hop music. Tonight their inspirational song incorporated two full rap verses along bluegrass instrumentation and choruses. Howie maintained that the group is “what America needs,” but pulled back from that in saying that he thinks the idea of the band is better than the actual music. Heidi and Sofia were shocked by Howie’s critique and stressed that their uniqueness speaks for itself.

Sethward — Making it to the lives finally after multiple auditions, he chose a peacock costume as his big idea for the night. With a plume half the size of the stage, there wasn’t much to Sethward’s performance aside from stumbling around different parts of the set. Simon hit his X quickly as Heidi and Sofia looked on in disbelief. Even a transition to a flying phoenix at the end didn’t impress any of the judges to the point of complimenting him. Heidi said she laughed, but wasn’t sure why and was left ultimately confused.

Matt Johnson — Prior to the danger act taking the stage for his latest escape, Terry warned us not to try it at home. Luckily I don’t think anyone has the guillotine-like apparatus that Matt used tonight in their garage! Chained to a platform, Matt used a lock pick to escape the chains before a chainsaw could drop down through a set of wooden bars to his head. Like all acts in this genre, Matt came dangerously close to not making it out in time, but through his horrifying screams he did. Simon thought the screams he made throughout the act were over the top and “hammy” and Sofia looked legitimately terrified that he keeps attempting these acts.