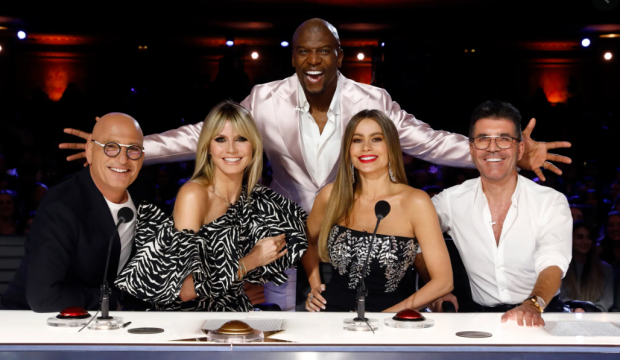 “America’s Got Talent” moved one step closer to the season 16 final on Tuesday with the second of two semifinal performance shows and on Wednesday with the results of that show based on audience votes. In this semi-finals round, 11 acts per night perform in front of judges Simon Cowell, Howie Mandel, Heidi Klum and Sofia Vergara.

Of the 11 acts on the September 7 live show, only five of them will advance to the “AGT” finals. These 11 acts include three  singled out for the Golden Buzzer: Heidi’s choice, quick-change artist Lea Kyle; Howie’s favorite, the Northwell Nurse Choir; and the panel pick, opera prodigy Victory Brinker.

Below, follow along as we recap America’s Got Talent” Season 16 Episode 18 and give you the September 8 semifinal results in our live blog.

8:00 p.m. – Before we got any results, we were treated to the weekly recap of the performance show that included unseen footage from Tuesday night. Overall, the judges were incredibly excited for all of the acts and thrilled with how many of them improved from their previous performances. That being said, Simon did hit his red X three times over the course of the night, leading Heidi to ask him if he was in a bad mood. Sofia also continued to blame Simon for ruining her connection with Peter during his mentalism act and causing him to not have the connection he was intending.

8:08 p.m. – As always, the first news of the night is to reveal the acts that placed 4th, 5th and 6th in the overnight vote. Those acts were: Lea Kyle, UniCircle Flow, and Victory Brinker. These three will be up for the Instant Save over the course of the night and the other two will have to fight it out for the Judges’ Save from there. Immediate results of the live vote gave Victory a lead at 38%, but Lea was right behind her with 34% and UniCircle trailing with 28%.

8:12 p.m. – While we waited for more results, AGT alums Duo Transcend and Deadly Games joined forces for a performance of their danger acts. The performance involved knife-throwing alternating with Duo’s trapeze acrobatics. Deadly closed the act in a terrifying act of shooting a crossbow backwards over their shoulder while using only the front-facing camera of a phone to aim at a balloon in her mouth and Duo gave us one of their iconic blindfold moves. Then, as the special treat, the two acts joined for one final trick where the two women held a balloon between their mouths while hanging from the trapeze and having an arrow shot.

8:19 p.m. – To learn which acts would go straight through to the finals, Terry first brought forth Northwell Health Nurse Choir and 1aChord. Of those two singing groups, only Northwell advanced.

8:30 p.m. – Next, Terry brought Kabir Singh and Rialcris forward to learn their fate. Terry gave them the bad news that neither of them would advance to the finale.

8:37 p.m. – With only four acts left on stage, Terry gave results to Brooke Simpson and ChapKidz. Between the two acts, the only one to advance to next week’s final is Brooke.

8:40 p.m. – And last, between Josh Blue and Peter Antoniou it was Josh that earned enough votes to advance.

8:48 p.m. – Terry informed us that the Instant Save vote was one of the closest they’ve ever had, but in the end the act that earned the most support over the course of the episode is Lea. That leaves UniCircle Flow and Victory Brinker vulnerable to the judges’ majority vote for the last spot in the final.

8:58 p.m. – The first judge to vote for the final finalist was Heidi and she chose Victory. Sofia was next and also chose Victory. When it came to Howie he decided to “go with originality” and chose UniCircle Flow. That left it up to Simon to decide and he went with his heart and gave Victory the majority to become the 10th finalist.