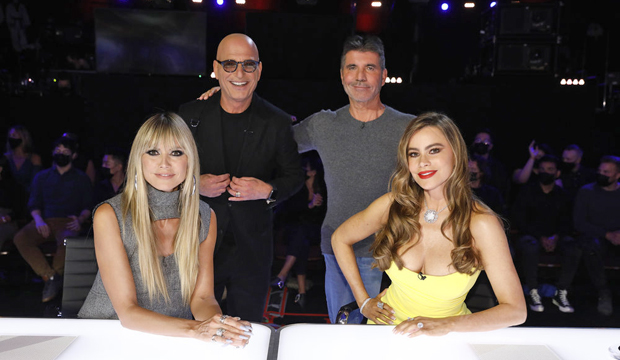 “America’s Got Talent” is TV’s only competition show that embraces all forms of variety acts, whether you’re a singer, a comedian, a magician or anything in between. Throughout its nearly two decades years on the air, seven singers have claimed victory with the others being a mix of ventriloquists, magicians, etc. (See the “AGT” winners list.) However, there are four specific variety acts that have yet to win the top prize of $1 million and a headline show in Las Vegas. Can any of these acts make history during Season 16 finale on September 15?

1. Comedians
Stand-up comics have come close to winning over the years, but none have ever claimed the top trophy. Tom Cotter in Season 7, Taylor Williamson in Season 8 and Drew Lynch in Season 10 were all runners-up on their respective years. Can any of the Season 16 comedians pull through in the end? Both Josh Blue and Gina Brillon were voted into the finals based on America’s votes (as opposed to advancing via the instant save or the judges’ save), which suggests they have lots and lots of fans out there. Is Howie Mandel right that this is the “year of the comic”?

2. Choirs
As mentioned above, there have been seven solo singing champs on “AGT” to date: Bianca Ryan (Season 1), Neal E. Boyd (Season 3), Kevin Skinner (Season 4), Michael Grimm (Season 5), Landau Eugene Murphy Jr. (Season 6), Grace VanderWaal (Season 11) and Kodi Lee (Season 14). But what about singing groups or choirs? None so far. The Millers came close in Season 1, with Detroit Youth Choir being the runner-up in Season 14. Northwell Nurse Choir is the last such group competing in Season 16, and it just so happens to be Howie’s Golden Buzzer.

3. Acrobats
There has never been a winner or runner-up on “America’s Got Talent” that excelled because of their acrobatic skills, however Zurcaroh in Season 13 came close with all of their high-flying energy. And Duo Transcend made it into the Top 10 of Season 13 and will next be seen at the “AGT” Las Vegas show at the Luxor Hotel. We’d love to see an eye-popping danger act win one day along the likes of current contenders Aidan Bryant or World Taekwondo Demo. Team, the latter of which is Terry Crews‘ Golden Buzzer, but is this their year?

4. Quick-change artists
For those with long memories, David & Dania were the first quick-changers to appear on “AGT,” making it all the way to the Top 10 (after previously being cut in the semifinals and then being brought back as a wildcard). The next such act to make an impression was Sos & Victoria in Season 11, though were cut in the quarterfinals. This year, Heidi Klum‘s Golden Buzzer Lea Kyle is hoping to make history for quick-change artists. She stands apart from the rest by creating all of her own dresses and filling her act with magic tricks.