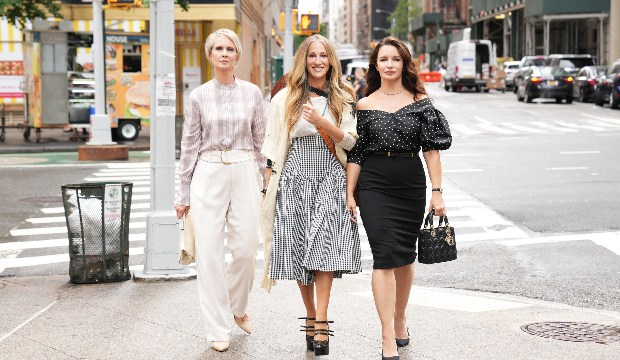 And just like that, “And Just Like That” has a slot on the calendar. As part of the HBO Max Europe launch on Tuesday, “Sex and the City” star Sarah Jessica Parker revealed that the show’s revival series is set to debut on the streaming platform in December.

Parker made the announcement in a video that teased some behind-the-scenes footage of the production, including first looks at Parker, Cynthia Nixon, and Kristin Davis returning respectively as Carrie Bradshaw, Miranda Hobbes, and Charlotte York. Fellow original series star Kim Cattrall, who played Samantha Jones on the HBO series, did not return for the sequel show after a long public battle with Parker. Jones’s absence on the show, it was previously revealed, will be chalked up to the ebbs and flows of life itself.

“Just as in real life, people come into your life, people leave,” HBO boss Casey Bloys said earlier this year to TVLine. “Friendships fade, and new friendships start. So I think it is all very indicative of the real stages, the actual stages of life… They’re trying to tell an honest story about being a woman in her 50s in New York. So it should all feel somewhat organic, and the friends that you have when you’re 30, you may not have when you’re 50.”

While Cattrall is out, a number of original “Sex and the City” favorites are back for the new show, including Chris Noth, Mario Cantone, David Eigenberg, the late Willie Garson, and Evan Handler. New cast members include Sara Ramírez, Sarita Choudhury, Nicole Ari Parker, and Karen Pittman.

Behind the scenes, Parker, Nixon, and Davis are all executive producers, alongside Julie Rottenberg, Elisa Zuritsky, John Melfi, and original writer and director Michael Patrick King.  For the revival, a diverse writers’ room was assembled and features King, Samantha Irby, Rachna Fruchbom, Keli Goff, Rottenberg, and Zuritsky. The original show, which debuted in 1998 and ran for 94 episodes across six seasons, was created by Darren Star and based on the book by Candace Bushnell. Two feature films were also made in the wake of its massive cultural success.