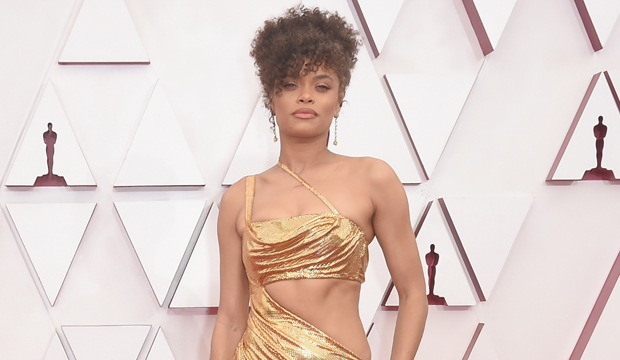 Jaws dropped on Sunday night when Frances McDormand (“Nomadland”) won the Best Actress Oscar. She was in fourth place in Gold Derby’s combined predictions, behind Carey Mulligan (“Promising Young Woman”), Viola Davis (“Ma Rainey’s Black Bottom”) and Andra Day (“The United States vs. Billie Holiday”) and just ahead of Vanessa Kirby (“Pieces of a Woman”). A large group of Oscar pundits — including three of our Experts, two of our Editors, four of our Top 24 Users and three of our All-Star Users — were all convinced Day would surprise for her role as the titular jazz singer. So what happened?

SEEHow were the 2021 Oscar winners chosen?

Throughout Oscar history, voters have always preferred to reward actors for films they enjoyed across the board, and Day was the only representative for “The United States vs. Billie Holiday.” Yep, the biopic was even snubbed in Best Song for “Tigress & Tweed” and in Best Hair & Makeup, two categories it contended in at the Critics Choice Awards. If the singer-songwriter had pulled off an Oscar triumph, she would have been the first actor since Julianne Moore (“Still Alice”) six years ago to win for a film that was otherwise ignored by the academy. In other words, Day had an uphill climb to win Best Actress from the moment the nominations were announced.

This year’s group of acting winners all hailed from films that received bids in various categories, showing overall support. McDormand’s “Nomadland” had six overall noms (winning three), Anthony Hopkins‘ “The Father” had six (winning two), Yuh-Jung Youn‘s “Minari” had six (winning one) and Daniel Kaluuya‘s “Judas and the Black Messiah” had six (winning two). With just the single citation for “The United States vs. Billie Holiday,” academy members may not have felt compelled to even watch it.

The only precursor award Day took home was the Golden Globe, but those voters also recognized the film in the song category, which the Oscars didn’t. Day then lost the Critics Choice Award to Mulligan. “The United States vs. Billie Holiday” was snubbed at the Screen Actors Guild Awards and BAFTA Awards, suggesting those voting bodies may not have actually seen it. Don’t forget, it was one of the season’s latest releases, not streaming on Hulu until February 26.

“The United States vs. Billie Holiday” was directed by Lee Daniels and written by Suzan-Lori Parks, based on the book “Chasing the Scream: The First and Last Days of the War on Drugs” by Johann Hari. The film depicts the iconic singer’s problems with the law in the 1940s.

Moore prevailed for playing an Alzheimer’s patient in “Still Alice” despite being the film’s only nomination thanks in part to an “overdue” Oscar narrative that had formed around her. She had been nominated, and lost, four prior times at the Academy Awards: “Boogie Nights,” “The End of the Affair,” “The Hours” and “Far From Heaven.” Conversely, “The United States vs. Billie Holiday” was Day’s feature film debut, so she hadn’t built up the same kind of narrative. But something tells us we’ll be seeing her nominated again in the near future.