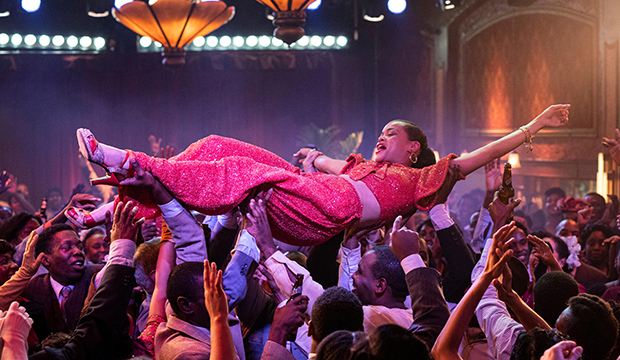 Andra Day is very close to making Oscar history in a number of ways for her accomplished work as the title character in “The United States vs. Billie Holiday.” Notably, she would become only the second Black woman to win Best Actress in the Academy’s 93-year history and one of few actresses to win for their lead acting debut. Additionally, Day could become the first woman to win Best Actress for a role previously nominated in this category for a different film, with her predecessor, Diana Ross, nominated for “Lady Sings the Blues” (1972).

Every instance of women nominated in Best Actress for playing the same character has resulted in a loss. Prior to the now multi-nominated role of Billie Holiday, the Oscars nominated Janet Gaynor, Judy Garland and Lady Gaga as the female leads of the 1937, 1954 and 2018 versions of “A Star Is Born,” Cate Blanchett for playing Queen Elizabeth I in both “Elizabeth” (1998) and “Elizabeth: The Golden Age” (2007), Jeanne Eagels and Bette Davis as Leslie Crosbie for the 1929 and 1940 versions of “The Letter,” and Winona Ryder and Saoirse Ronan as Jo March in 1994’s and 2019’s “Little Women.” All would go on to be losing performances, including Ross.

Day, who’s in third place in our odds, has the benefit of going into Oscar night with a high-profile Golden Globe win, triumphing over the exact same competition she faces at the Academy Awards: Viola Davis (“Ma Rainey’s Black Bottom”), Vanessa Kirby (“Pieces of a Woman”), Frances McDormand (“Nomadland”) and frontrunner Carey Mulligan (“Promising Young Woman”). While Day is not nominated at the Screen Actors Guild Awards and BAFTA, she has at least demonstrated the ability to win over a group of much more established actresses. A Golden Globe win doesn’t mean she has it in the bag, though, as demonstrated even by Garland and Blanchett’s Golden Globe victories that did not translate to Oscar.

Yet, Day also checks a lot of boxes we typically see with acting wins: playing a real person, transforming for the role, using her own voice to mimic Holiday’s hyper-specific vocals, yelling, crying and going through all the emotions that came from the singer’s tumultuous life. The academy has been dazzled in recent years by actors playing iconic singers of the past, like Rami Malek as Freddie Mercury in “Bohemian Rhapsody” (2018) or Renée Zellweger as Judy Garland in “Judy” (2019). Even if Day cannot win any other precursor awards heading into Oscar night, the sheer impact and actor-friendly appeal of her performance could give her the advantage to make Oscar history on April 25.