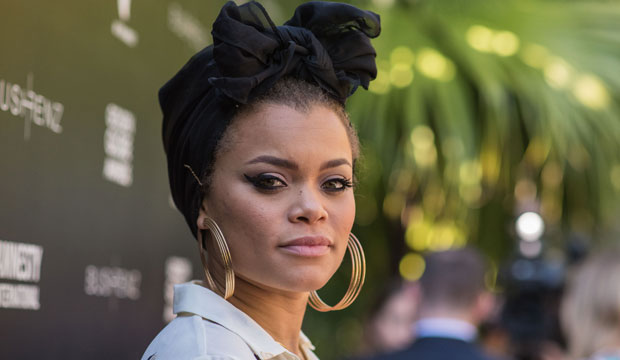 Andra Day has earned her first Oscar nomination for her film debut in “The United States vs. Billie Holiday.” The Grammy-nominated songstress shocked the industry with her Golden Globe win for Best Actress and could now be on track to a historic victory at the Academy Awards. Day would be just the second Black actress to take home the top prize for a lead role, following Halle Berry in “Monster’s Ball” (2001). Day would also become the fifth woman to win this category for her film debut (and first since Marlee Matlin in 1987 for “Children of a Lesser God.”)

Day faces off against Viola Davis (“Ma Rainey’s Black Bottom”), Vanessa Kirby (“Pieces of a Woman”), Frances McDormand (“Nomadland”) and Carey Mulligan (“Promising Young Woman”) in the race for Best Actress. Day is the only rookie in this bunch, but she joins Kirby as a first-time nominee. McDormand has six acting bids to date with two wins. Davis has been nominated four times, winning once and Mulligan has one prior nom.

In “The United States Vs. Billie Holiday,” Day transformed herself by dropping 39 pounds and changing her own magical voice to play the jazz legend. She even started smoking cigarettes and drinking alcohol, desperate to understand the trauma the “Strange Fruit” singer endured. The Hulu film depicts the true story of the Federal Bureau of Narcotics targeting Holiday with a retaliatory, undercover sting operation led by Jimmy Fletcher (Trevante Rhodes), with whom she has a turbulent affair. It also dives deep into the icon’s struggles with addiction, fame and abusive relationships.

Day was snubbed by the SAG Awards and BAFTAs, but her path to victory is still viable. In most years a clear front-runner emerges by Oscar Sunday, but the Best Actress category has been anything but predictable this awards season. Day took home the Globe while Mulligan won the Critics Choice Award and Davis the SAG. Strangely, none of them are nominated at the BAFTAs, but McDormand and Kirby are. When voters are so divided on who the winner should be, it can often lead to vote-splitting and a surprising victory.

Day carries the torch for “The United States Vs. Billie Holiday” as the sole Oscar nominee from the Hulu drama. Although actors usually emerge victorious from films with more broad support from the academy, 12 women have managed to win Best Actress as a film’s only nominee. Most recently, Julianne Moore accomplished this feat for her winning performance in “Still Alice” (2014). Day hopes to become the next actress to join this club when the winner is announced on April 25.