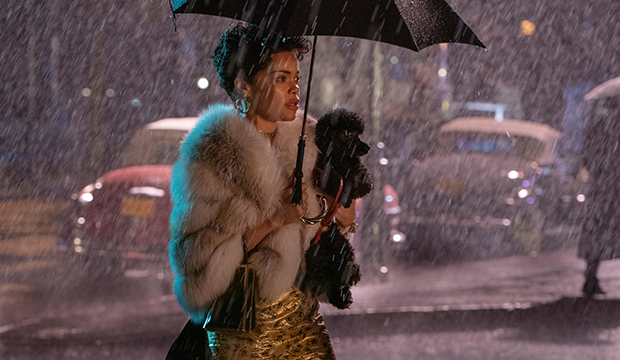 One of the last Best Actress Oscar contenders hoping to sing her way into the field of five nominees is Andra Day in “The United States vs. Billie Holiday.” The Grammy-nominated songstress could become the latest big-screen newcomer to land an Oscar nomination, but she wouldn’t be the first to be recognized for lighting up the screen as the jazz legend known as Lady Day. Diana Ross famously made her film debut with an Oscar-nominated portrayal of Holiday in “Lady Sings the Blues” (1972). Should Day get a nom as well, it would mark the fifth time one character has produced multiple Best Actress nominations for different films.

Ross’ performance earned her a Golden Globe for Most Promising Newcomer, but she would go on to lose the Oscar to another diva, Liza Minnelli in “Cabaret.” “Lady Sings the Blues” was a traditional biopic about Holiday, beginning with her traumatic youth and depicting her rise to stardom, drug addiction and untimely death. “The United States vs. Billie Holiday” differs in that its main focus is the undercover sting operation that the Federal Bureau of Narcotics launched on the singer.

Jeanne Eagles was nominated for the role of Leslie Crosbie in the 1929 film “The Letter.” In 1940, Bette Davis earned a bid for the same character in her remake. Both ended up losing, to Mary Pickford (“Coquette”) and Ginger Rogers (“Kitty Foyle”), respectively. Winona Ryder and Saoirse Ronan each received Best Actress nominations for the role of Jo March in their respective 1994 and 2019 versions of “Little Women.” They both came up short as well, with Ryder losing to Jessica Lange in “Blue Sky” and Ronan falling to Renée Zellweger in “Judy.”

There have been three actresses nominated for their lead roles in various remakes of “A Star Is Born,” but unlike the other instances, the character names differed. Janet Gaynor and Judy Garland as Esther Blodgett/Vicki Lester, and Lady Gaga as Ally Maine all lost their respective Oscar bids to Luise Rainer in “The Good Earth” (1937), Grace Kelly in “The Country Girl” (1954) and Olivia Colman in “The Favourite” (2018).

Lastly, there is the impressive feat only Cate Blanchett has been able to pull off. She snagged two Best Actress nominations for playing Queen Elizabeth I in two different films. Her 1998 performance in “Elizabeth” was overlooked by the academy in favor of Gwyneth Paltrow in “Shakespeare in Love.” Blanchett then lost her 2007 bid for “Elizabeth: The Golden Age” to Marion Cotillard in “La Vie en Rose.”

“Billie Holiday” will premiere on Hulu on Feb. 26, two days before the Oscar deadline. In any other year, such a late release could pose a huge problem. But with the Oscars not happening until April 25, Day’s performance could end up being the most fresh in voters’ minds. She’s currently in sixth place in our overall odds, behind Viola Davis (“Ma Rainey’s Black Bottom”), Frances McDormand (“Nomadland”), Carey Mulligan (“Promising Young Woman”), Vanessa Kirby (“Pieces of a Woman”), and Zendaya (“Malcolm & Marie”). One Expert, Sasha Stone (Awards Daily), is predicting her to go all the way.