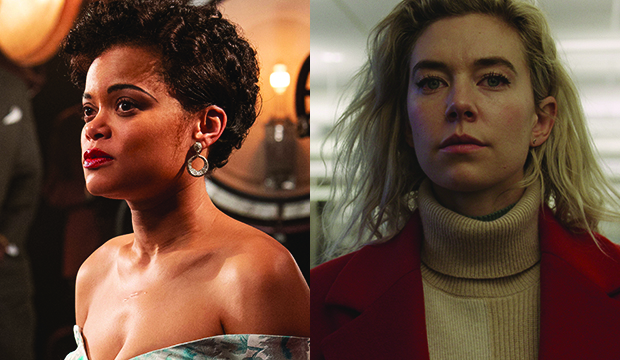 Winning an Oscar is impressive in and of itself, but triumphing as the sole nominee for one’s film takes winning to a whole new level. Both Andra Day of “The United States vs. Billie Holiday” and Vanessa Kirby of “Pieces of a Woman” picked up their first Best Actress Oscar nominations this year, and both were the only nominees for their respective films in the category. So should either woman walk away a winner on April 25, they’ll join the relatively short list of women who’ve accomplished the feat.

Day, who is primarily a singer and already won the Golden Globe in February, is nominated for her performance as Billie Holiday in “The United States vs. Billie Holiday,” a biopic that was released on Hulu and digs into the singer’s turbulent life. Day’s performance carried the film, which received mixed reviews, and she is currently in third place in Gold Derby’s combined odds. She sits behind recent Critics Choice winner and current Oscar frontrunner Carey Mulligan of “Promising Young Woman” and two-time Oscar winner Frances McDormand, who’s nominated this year for her performance in Chloe Zhao’s “Nomadland.” Day is AWOL at the Screen Actors Guild Awards and BAFTA, so her next and last contest is the Oscars. Should she prevail, she’ll also become the first Best Actress winner to win for her debut performance in 34 years.

Meanwhile, Kirby, a former Emmy nominee for Netflix’s royal drama “The Crown,” is nominated for her performance as Martha, a new mother who loses her daughter shortly after birth and deals with the emotional fallout that ensues, highlighted by an extended opening act in which Martha goes into labor and delivers. Kirby is currently in fifth place in Gold Derby’s odds (Viola Davis of “Ma Rainey’s Black Bottom” sits in fourth), and while it doesn’t look good for her joining the aforementioned solo nominee winners’ list, it should be noted that Kirby is one of two women to receive Golden Globe, Critics Choice, SAG, BAFTA and Oscar nominations for Best Actress this year. The other is McDormand, so even if Kirby doesn’t hear her name called at the Oscars, that’s some pretty excellent company to keep.