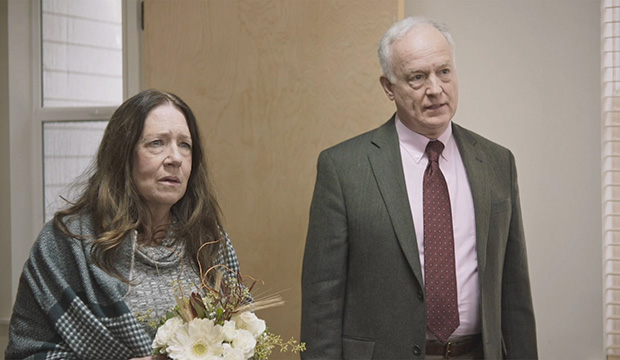 With her powerful performance in Fran Kranz’s directorial debut “Mass,” Ann Dowd is hoping to continue a trend at the Oscars in which recent Emmy winners also take home the Academy Award for supporting actress. If Dowd is successful, she would be the fifth woman in six years to do it, following in the footsteps of Laura Dern, Regina King, Allison Janney and Viola Davis.

Dern is the most recent Emmy/Oscar winner, having won an Emmy in 2017 for Best Limited Series/TV Movie Supporting Actress for “Big Little Lies” and later winning the Oscar for her turn in Netflix’s “Marriage Story” (2019). Prior to that, King won back-to-back Emmys in the same category for her performance on ABC’s “American Crime” and another for lead limited series/TV actress for “Seven Seconds.” Five months after the latter, she won the Oscar for her supporting performance in 2018’s “If Beale Street Could Talk” (and she has since added a fourth Emmy for her lead performance on HBO’s “Watchmen”).

SEE Ann Dowd is early Oscar favorite for ‘Mass’: Will she finally get her due a decade after financing her own campaign?

King had followed in the footsteps of Janney, who won the Oscar for her performance in “I, Tonya” (2017) and is the recipient of seven Primetime Emmys. She nabbed four during her tenure on “The West Wing,” winning two in supporting (2000-01) and two in lead (2002, 2004) for her turn as White House Press Secretary-turned-Chief of Staff C.J. Cregg. She won two Emmys in 2014, one for a guest turn on Showtime’s “Masters of Sex” and one in comedy supporting actress for “Mom.” She repeated in the latter category the following year. Meanwhile, Davis is the woman who started it all. She made Emmy history in 2015 when she became the first Black winner in Best Drama Actress, prevailing for “How to Get Away with Murder.” Then, about 18 months later, she took home the Oscar for her performance in 2016’s “Fences.”

Although the streak ended earlier this year when Yuh-Jung Youn (“Minari”) triumphed in Best Supporting Actress, Dowd could reignite it at the 2022 Oscars. She took home the Emmy for Best Drama Supporting Actress in 2017 for her performance as the frightening Aunt Lydia on Hulu’s dystopian drama/nightmare fuel “The Handmaid’s Tale.” Now she stars in “Mass,” an emotionally raw film about grief in which the parents of a school shooting victim meet with the parents of the perpetrator. Dowd, who funded her own Oscar campaign for 2012’s “Compliance,” plays the mother of the latter, giving a performance that has her currently way out in front in Gold Derby’s combined odds to win supporting actress. With 11 Experts predicting her to triumph, she sits ahead of Kirsten Dunst (“The Power of the Dog”), Marlee Matlin (“CODA”), Judi Dench (“Belfast”) and Aunjanue Ellis (“King Richard”). While there is obviously plenty of time for the odds to change between now and the Oscars, she certainly seems like the person to beat. After all, when was the last time Dame Judi won an Emmy?