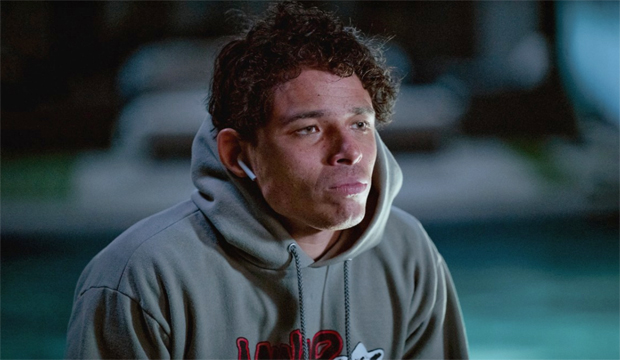 Will Anthony Ramos’ star-making turn in the new film “In The Heights” help land him a spot in the Best Drama Supporting Actor Emmy line-up for “In Treatment”? His role as Eladio in the HBO series shows an impressive dramatic range that is quite separate from the sensational singing and dancing he does in the Jon M. Chu film, which premiered June 11 in theaters and the streaming service HBO Max. The movie earned $11.4 million in its first weekend, per Variety Insight.

Eladio comes to Dr. Brooke Taylor (Uzo Aduba) with a diagnosis of being bi-polar. During their four sessions, she questions this judgment. Instead, she finds that Eladio, who has a poor relationship with his own mother, exhibits signs of “maternal transference,” in which a patient tries to form a parental bond with a female therapist. He doesn’t deny it. “You just do things a mom should do,” he says. “Are you going to take care of me?”

Eladio is a charmer, to be sure, young, sweet and extremely vulnerable, and he brings out a warmth in Brooke viewers don’t see in her sessions with middle-aged, crafty con man Colin (John Benjamin Hickey), for example. He works as the live-in home health care aide to a young man named Jeremy who is disabled. As the sessions evolve, viewers learn that Jeremy may be Eladio’s only friend. Eladio can only interact with Brooke remotely because of Jeremy’s compromised immune system, which is extremely susceptible to Covid-19. Adubo and Ramos never meet during their four sessions. They have to establish their rapport via computer screen (and anyone who’s ever been to a Zoom meeting knows how difficult is). According to Variety, the actors filmed their scenes on separate parts of the same soundstage and met between takes. Their isolation from each other produces their sessions’ most dramatic moment. When Brooke tells Eladio she doesn’t think he is bipolar (and therefore won’t need medication), he closes his laptop, severing their connection and she spends the rest of the episode trying to find him. In some ways, this move reverberates just as loudly as an argument might. By reminding Eladio that their relationship is professional in nature, Brooke pulls the rug from out under him.

SEEUzo Aduba (‘In Treatment’) already has 3 Emmys, but now she’s moving up our odds to win for the first time as a lead

With the popularity of “In the Heights” already raising his profile, the “Hamilton” actor has another thing going for him: he’s young, 29 years old. The men in contention for Best Drama Supporting Actor are middle-aged. In recent years, the academy has gone out its way to honor good work by actors in their 20s such as Julia Garner on “Ozark,” Jharrel Jerome in “When They See Us” and Zendaya on “Euphoria.” When a young actor walks up to the stage to receive an Emmy, it makes the academy look like it’s embracing a new generation of performers, which is essential to its future.

Ramos is currently in seventh place, with 16/1 odds. Expect those to improve as “In the Heights” continues to play in the theaters and the Brooklyn-born actor charms the press in his promotional tour for the movie. He may not overtake category leader Michael Kenneth Williams (“Lovecraft Country”) but can give previous winners such as John Lithgow (“Perry Mason”), in fourth place, and Bradley Whitford (“The Handmaid’s Tale”), in third place, a run for their money.