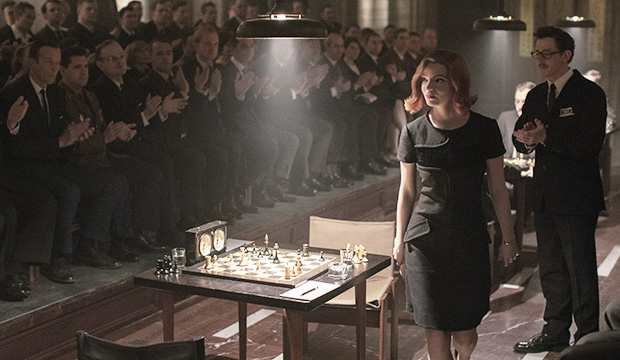 One of the few ostensible surefire locks of Sunday’s Golden Globes is in the Best Limited Series/TV Movie Actress category. “The Queen’s Gambit” star Anya Taylor-Joy is the overwhelming frontrunner with 31/10 odds and every Expert and editor backing her for the win. Suffice it to say, if she doesn’t prevail, it’d be a huge upset. If she does indeed win, Taylor-Joy would not only have new decor for her mantel but she’d be the second youngest person to win the category.

The 24-year-old would be second to only Angelina Jolie, who was 23 when she scored her second of three Globes for her turn in “Gia” in 1999. Laura Dern is the current second youngest champ, having taken home her first of five Globes at 25 for “Afterburn” in 1993, less than three weeks before her 26th birthday. The only other champ who was in her 20s is Lady Gaga, who was 29 at the time of her victory for “American Horror Story: Hotel” in 2016.

Though it’s hard to bet against Taylor-Joy, who has an additional bid on the film side for “Emma,” in the hit chess drama, she’s not the only nominee in the category who could rewrite the record books. “Normal People’s” Daisy Edgar-Jones, who’s in fifth place, is 22, so she would break Jolie’s record if she triumphs. Meanwhile, 25-year-old “Unorthodox” star Shira Haas, in second place, would also be the second youngest winner, edging out Dern since Haas’ birthday is in May.

The twentysomething trio is up against two veterans and Globe favorites, three-time champ Cate Blanchett (“Mrs. America”), who’s in third, and five-time winner Nicole Kidman (“The Undoing”), in fourth. Both are in their 50s, an age bracket that has seen eight winners in limited series/TV movie actress, including Kidman, who won three years ago for “Big Little Lies.”

Unsurprisingly, the most common age range of winners in this category is 30s; 14 women in their 30s have won, including reigning champ Michelle Williams, who was 39 during her sweep for “Fosse/Verdon.”