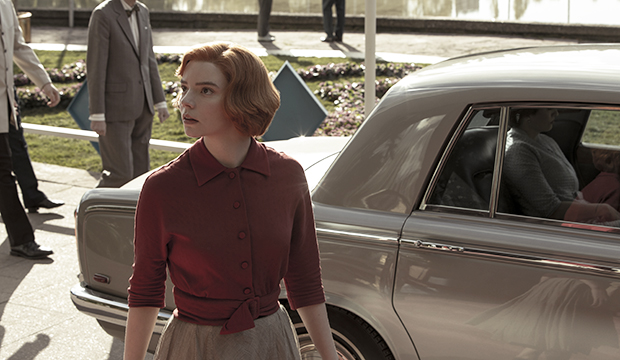 As widely expected, Anya Taylor-Joy took home the Best Limited Series/TV Movie Actress Golden Globe on Sunday for “The Queen’s Gambit.” At 24, the actress is now the second youngest winner in the category.

Angelina Jolie is the youngest champ, having won the second of her three Globes at 23 for the HBO film “Gia” in 1999. Taylor-Joy bumps back Laura Dern to third youngest. The five-time champ won the first of her five Globes at 25 in 1993, less than three weeks shy of her 26th birthday. Taylor-Joy, who was also nominated on the film side for “Emma,” is the fourth woman in her 20s to win the category; Lady Gaga is the other, having been 29 at the time of her triumph for “American Horror Story: Hotel” in 2016.

It should not shock anyone that most of the winners in this category were in their 30s, including last year’s champ, Michelle Williams, who was 39 during her clean sweep for “Fosse/Verdon.”

This year’s lineup was a battle of generations. Taylor-Joy beat out two other twentysomethings: “Normal People’s” Daisy Edgar-Jones, who at 22 would’ve toppled Jolie for “youngest winner” honors, and “Unorthodox’s” Shira Haas, who is 25 and would’ve also been the second youngest winner, edging out Dern because her birthday is in May.

The other two nominees were two Globe favorites, three-time champ Cate Blanchett (“Mrs. America”) and five-time champ Nicole Kidman (“The Undoing”), both of whom are in their 50s.