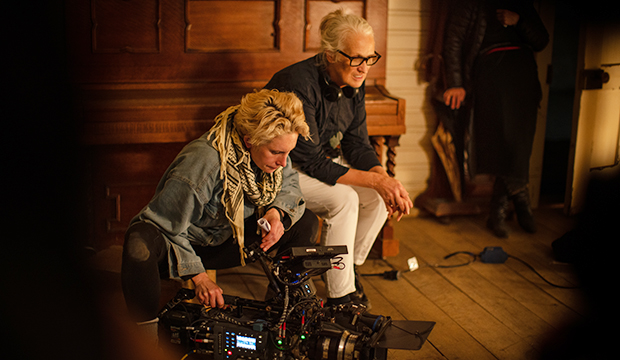 Four years after Rachel Morrison cracked the glass ceiling as the first woman to be nominated for Best Cinematography at the Oscars with her bid for “Mudbound” (2017), Ari Wegner is poised to become the second for her work on Jane Campion‘s “The Power of the Dog.” And since Morrison was unable to parlay her nomination into a victory, Wegner would become the first female DP to win an Oscar if she triumphs for the Netflix film.

Based on Thomas Savage‘s 1967 novel of the same name, “The Power of the Dog” is set in 1920s Montana and stars Benedict Cumberbatch as Phil Burbank, a rough-and-tumble rancher whose anger and bitterness have hardened him over the years and eventually set up a confrontation with his brother’s new wife (Kirsten Dunst) and her teenage son (Kodi Smit-McPhee). For her work on the film, which earned rave review after rave review, Wegner has been singled by a number of critics, who praise her use of the gorgeous Western landscape (with New Zealand filling in for Montana) as a backdrop against which the film’s personal conflicts play out.

Check out some of Wegner’s glowing praises from reviews below:

Monica Castillo (RogerEbert.com): “Campion and her cinematographer Ari Wegner write whole character studies in their close-ups. From this perspective, we get a sense of what the cast may never verbalize. It’s in the pained and panicked look on Rose’s face when she begins drinking after another round of Phil’s harassment. It’s in the steely glares Peter shoots Phil when he’s being picked on. It’s in George’s downward gazes at the floor, knowing he is helpless to stop his brother’s torments. It’s in the rage on Phil’s face as he realizes his tight-knit relationship with his brother is coming to an end with George’s marriage to Rose.”

Ann Hornaday (The Washington Post): “Exquisitely filmed by cinematographer Ari Wegner, “The Power of the Dog” exerts a dreadful tidal pull of doom and endangerment. Framing the gorgeous scenery through windows and doors (Montana is played by New Zealand), she and Campion have found an intriguing visual language to reflect the film’s themes of concealment and potentially disastrous disclosure, fully embracing the wide-open expanses of western landscape, but also restricting and containing it.”

Stephanie Zacharek (Time): “Best of all, Campion and her cinematographer, Ari Wegner, use the expanse of screen they’ve been given as if it were a precious resource, making the most of a purple-velour mountain backdrop or the interior of the Burbanks’ large but airless house, a stifling arena of melancholy mahogany furniture and Persian rugs topped with gratuitous bearskins. This is a movie as big as the open sky, but one where human emotions are still distinctly visible, as fine and sharp as a blade of grass.”

Though it would be foolish to call anyone a lock at this point in the season, Wegner seems very likely to scoop up an Oscar nom for “The Power of the Dog,” according to our combined odds, where she sits in second place. She’s raked in not only a number of prizes from critics groups, including the Los Angeles Film Critics Association, but also a Critics Choice Award nom. Plus, she’s garnered additional recognition for another 2021 film, Janicza Bravo‘s “Zola,” for which she earned an Independent Spirit Award bid. Even though she’s unlikely to land an Oscar nom for the A24 film, her work on it could boost her chances for “The Power of the Dog.”

Rounding out the top five in our odds for cinematography are “Dune” (shot by Greig Fraser) in first place, “The Tragedy of Macbeth” (shot by Bruno Delbonnel) in third, “Belfast” (shot by Haris Zambarloukos) in fourth and “West Side Story” (shot by Janusz Kaminski) in fifth. Whether Wegner’s rather understated cinematography is able to beat out showier work from the aforenamed films hinges largely on how “The Power of the Dog” is received overall by the motion picture academy. The drama is currently in first place in the odds in a number of major categories, including Best Picture and Best Director for Campion. Since 2010, Best Cinematography and Best Director have gone to the same film six times, but not in the last two years.