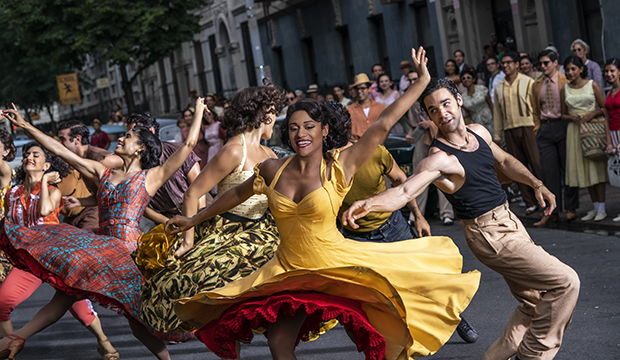 Something’s coming — and it’s Ariana DeBose. The “West Side Story” star has jumped into fifth place in the Best Supporting Actress Oscar odds since Steven Spielberg‘s remake premiered on Monday to rapturous reviews.

DeBose’s rise is not entirely surprising. While she hasn’t been in the top five until now, she was always earmarked as a contender since she plays Anita, the role that brought her co-star Rita Moreno the Best Supporting Actress Oscar for the 1961 version of “West Side Story.” It was a matter of the film and DeBose delivering, and they both did. DeBose turns in a firecracker of a performance, highlighted by a riveting rendition of “America,” with her final scenes pack an emotional wallop. Three Experts and one editor have her taking home the gold.

SEE Oscar Experts predictions slugfest: How will ‘West Side Story’ and ‘Nightmare Alley’ shake things up?

And she may have to defeat Moreno to do it. The EGOT holder has climbed up the rankings to ninth place. An executive producer on “West Side Story,” she plays new character Valentina, the widow of Doc, and has some poignant moments in the film herself. A nomination and a win for Moreno would rewrite the Oscar record books in all sorts of ways; among them, she’d be the first person to get multiple bids for playing different roles in the same title and she’d be the oldest acting nominee ever — Moreno turns 90 on Dec. 11, the day after “West Side Story” hits theaters.

Is this going to be a battle between the Oscar-winning actress and the actress in the former’s Oscar-winning role? The category also feels open enough for both of them to make it after the consensus trio of Dunst, Ellis and Balfe. And then it may be time to, um, rumble.