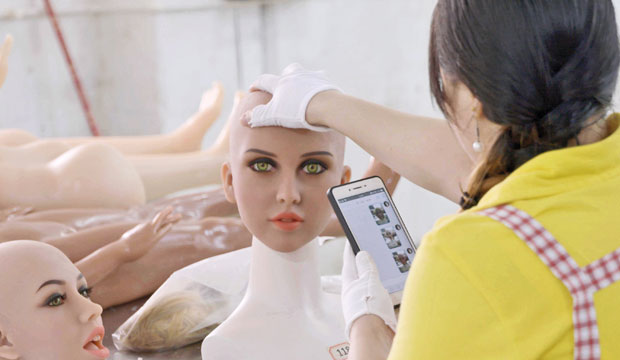 True to its title “Ascension” has been on the rise since it premiered in June at the Tribeca Film Festival, where it won Best Documentary Feature and directing kudos for its filmmaker Jessica Kingdon. It has been racking up critical and awards plaudits ever since. Will it win at the Oscars too? MTV Documentary Films released it in theaters on October 8, and it’s now available on Paramount+

The film explores modern China and what it means to pursue the “Chinese dream” in the 21st century, observing labor, consumerism, and wealth through its imagery, without much narrative or structure. That topic is especially urgent now with the 2022 Winter Olympic Games set to take place in Beijing, the government’s recent crackdowns on its tech sector, and its secrecy over the suspected persecution of its Uyghur Muslim population.

China’s changing culture was also the subject of another recent documentary that was shortlisted for an Oscar nomination but didn’t make the final five: 2019’s “One Child Nation,” which explored the nation’s one-child policy for families. Other films about international culture and politics have been nominated, though. Consider “The Act of Killing” (2013) and “The Look of Silence” (2015) about mass killings in Indonesia, “The Edge of Democracy” (2019) about political crisis in Brazil, and “Collective” (2020) about corruption in Romania’s political and public health systems.

Last year two of the five Cinema Eye nominees for Nonfiction Feature earned Oscar noms (“Collective” and “Time”), while three of the 14 Critics Choice nominees for Best Documentary did the same (“Crip Camp,” “My Octopus Teacher,” and “Time”). Only one of last year’s Gotham nominees crossed over to the Oscars (“Time”). So individually those awards groups aren’t the most reliable academy fortune tellers. But consider that the one film nominated by all three of those organizations last year, “Time,” did pass muster with Oscar voters.

“Ascension” has also been praised by critics, who have called its unique approach “visually stunning,” “breathtaking,” “fascinating,” and “engrossing.” Will it now bring Kingdon her first Oscar nomination?