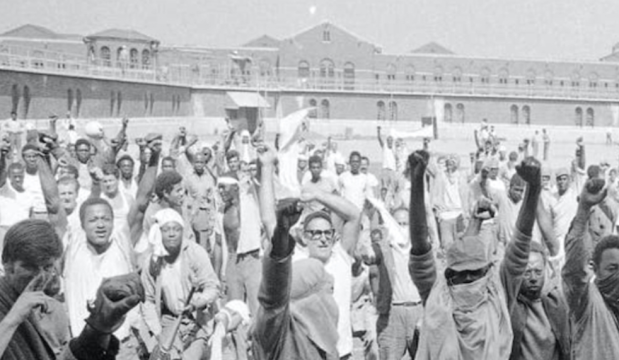 The documentary “Attica” about the 1971 prison riot is all too timely as America continues to grapple with inequities in its criminal justice system.  It debuted at the Toronto International Film Festival in September, followed by an October 29 theatrical release and a November 6 premiere on Showtime.

The film chronicles the events that transpired exactly 50 years ago. On September 9 of that year, more than 1,200 inmates took control of the facility, leaving dozens dead but bringing public attention to the abuses rampant in America’s prison system. Critics have described it as “devastating” and “harrowing,” an “essential film that can now stand as a definitive vision of that epochal event.”

It earned three Critics Choice Documentary Awards nominations, including Best Documentary Feature and Best Director (Stanley Nelson and Traci Curry). Nelson has won three Emmys for previous films exploring racism in America: “The Murder of Emmett Till” and “Freedom Riders.” He even earned a Grammy nom for profiling musician Miles Davis in “Birth of the Cool.”

An Oscar bid for him and Curry would be the first for both, but it would follow recent films that have been nominated for exploring injustice, including “Paradise Lost 3” (about the long fight to overturn a wrongful murder conviction), “13th” (about how the title amendment to the US Constitution birthed the mass incarceration crisis), “Strong Island” (about the un-prosecuted murder of filmmaker Yance Ford‘s brother), and “Time” (about a woman’s fight to free her long-incarcerated husband).

“Time” resonated strongly last year after Black Lives Matter protests against the murders of Breonna Taylor and George Floyd by police and the vigilante killing of Ahmaud Arbery, an innocent man murdered while jogging in a wealthy neighborhood. The justice system came under a microscope again in 2021 with the trials against vigilante Kyle Rittenhouse (a white teenager who claimed self-defense and was acquitted) and Arbery’s killers (who were convicted of murder, but only after multiple prosecutors tried to protect them from even being charged). And of course the COVID pandemic has drawn additional attention to unsafe conditions behind prison walls. Do you think all that will make “Attica” feel even more urgent to voters?