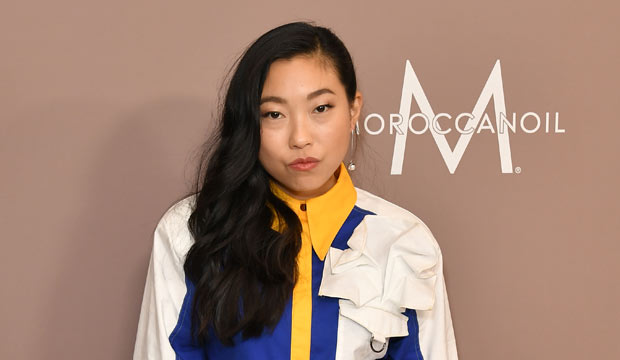 Courtesy of Rob Latour for Variety

Last year Awkwafina made history as the first woman of Asian descent to win the Golden Globe for Comedy/Musical Actress category for “The Farewell.” This year she could do the same on the TV side for her Comedy Central hit “Awkwafina is Nora from Queens.” The network renewed the show for a second season before the first had even started airing last winter.

From her start as a rapper and stand-up, Awkwafina went on to scene-stealing supporting roles in “Ocean’s 8” and “Crazy Rich Asians” (both in 2018) before demonstrating her dramatic chops in the indie hit film “The Farewell.” She starred as a woman struggling to decide whether to tell her grandmother that she’s dying of cancer or go along with the lie the rest of the family has been telling the ailing woman.

In “Nora From Queens,” Awkwafina plays a fictionalized version of herself. Critics hailed both her performance and the show. It boasts a  approval rating of 80% on Rotten Tomatoes. The site’s consensus says that the comedy “showcases Awkwafina’s charming brashness and surrounds her with an equally delightful cast.” Here is just a sampling of the rave reviews for the show’s leading lady:

Matthew Gilbert (Boston Globe): “The show is Awkwafina’s baby all the way, as she brings her own fearless twists to the slacker genre. She has the chops to anchor a series, and the wisdom to let other performers steal scenes.”

Melanie McFarland (Salon): “Like Awkwafina herself, the show’s charm and warm humor smoothly carry it, and its star channels both of those qualities into every moment, whether she’s being rowdy, dirty, or introspective.”

Dan Feinberg (THR):  “Awkwafina contains multitudes and ‘Nora From Queens’ gets a kick out of putting the main character, already grappling with her place in the world, in situations that give her the opportunity to play-act.”

Adrian Horton (The Guardian): “Awkwafina demonstrates once again to be an energetic, compelling performer, especially when it comes to physical comedy.”

The door is certainly open in the Best Comedy/Musical TV Actress race at the Golden Globes. Only two of last year’s five nominees are eligible to return: Rachel Brosnahan (“The Marvelous Mrs. Maisel”) and Christina Applegate (“Dead to Me”). The Kirsten Dunst vehicle “On Becoming a God in Central Florida” was cancelled. Natasha Lyonne‘s “Russian Doll” hasn’t returned with new episodes in time to compete in this Globes cycle. And Phoebe Waller-Bridge‘s show “Fleabag” ended its run.