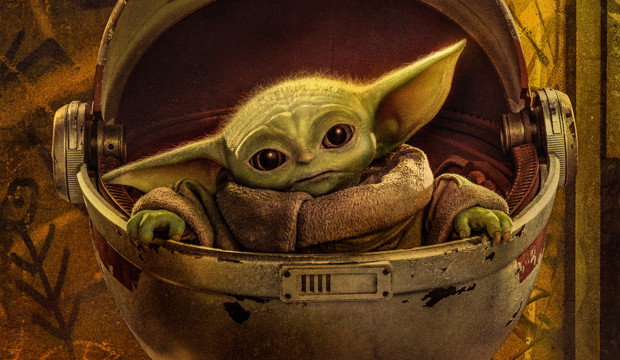 This is the way … to win a Grammy? On Tuesday morning, “The Mandalorian” scored its first-ever Grammy nomination in the category of Best Score Soundtrack for Visual Media. (See the complete list of noms.) Ludwig Goransson earned the bid for his work on Season 2 – Volume 2 (Chapters 13-16). If that name sounds familiar, it’s because the Swedish composer has already racked up two Emmys for the Disney+ series, to go along with his Oscar for “Black Panther” and Grammys for “This is America” and “Black Panther.” (That means Goransson just needs a Tony to complete his EGOT.)

“The Mandalorian” competes against the following four nominees at the 2022 Grammys: “Bridgerton” (Kris Bowers), “Dune” (Hans Zimmer), “The Queen’s Gambit” (Carlos Rafael) and “Soul” (Jon Batiste, Trent Reznor & Atticus Ross). Ironically, both Goransson and Rafael won Emmys in September for music composition, though in different categories — Goransson for a continuing series, Rafael for a limited series. And Batiste, Reznor and Ross are the reigning Oscar recipients for Best Original Score. Talk about a stacked Grammy category!

SEE Everything to know about Grammys 2022

Set in the “Star Wars” universe, “The Mandalorian” tells the story of a lonely bounty hunter (Pedro Pascal) who travels the universe with his 50-year-old, green, fuzzy companion named Grogu (aka Baby Yoda). Together they battle evil forces as they try to seek out new information about Grogu’s Jedi lineage. Jon Favreau created the series based on George Lucas‘ epic space movies.

SEE Grammy Album of the Year: All the Winners in Grammy Awards History

Disney+ has confirmed that Season 3 of “The Mandalorian” will debut sometime in 2022. If it streams after the Emmys’ cutoff date of May 31, 2022, it will sit out this Emmy cycle and won’t be eligible until the 2023 awards. That means we could see a scenario where the third season gets nominated at the Grammys before the Emmys.

The 64th Annual Grammy Awards nominations were announced on Tuesday, November 23, at 9:00am Pacific/Noon Eastern, honoring the year’s best achievements in music, spoken word, comedy and more. These awards recognize recordings released from September 1, 2020 through September 30, 2021 — a 13-month eligibility period as the recording academy readjusts its calendar. Winners will be announced January 31 on CBS.