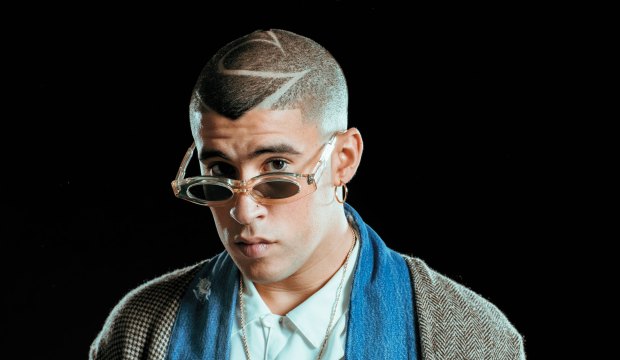 Bad Bunny won a Latin Grammy in November for Best Reggaeton Performance (“Yo Perreo Sola”), but surprisingly that was his only win out of nine nominations. He was blanked in the general field where his crossover hit collection “YHLQMDLG” and his collab with J Balvin “Oasis” were both nominated for Album of the Year. Could he be redeemed by what the Puerto Ricano hip-hop star described as the “gringo Grammys“?

Despite two Latin Grammys thus far in his career, he has yet to prevail at the original Grammys, but this year he has two chances to prevail. He’s up for Best Latin Pop/Urban Album for “YHLQMDLG,” and he crossed over into the overall pop field with a Best Pop Duo/Group Performance nom for “Un Día” with J Balvin, Dua Lipa and Tainy. This is the second time he has been nominated for a Grammy outside the Latin field. His very first nomination was Record of the Year in 2019 as a featured artist on Cardi B‘s “I Like It.”

It’s fitting for an artist who has been making history for Latin music all year. “YHLQMDLG” debuted at number-two earlier this year on the Billboard 200, which made it the highest-charting all-Spanish-language album of all time. Then he broke that record with his second new studio album of the year, “El Último Tour Del Mundo,” which debuted at number-one. “Último” won’t be eligible for Grammys until the 2022 awards, but its release right before voting for winners started on December 7 might give him a boost at these kudos.

More than 1,000 Gold Derby users are already predicting the Grammys, and their forecasts have been combined to generate our official racetrack odds. As of this writing Bad Bunny and company are underdogs for Pop Duo/Group Performance, which looks like a battle between “Exile” (Taylor Swift and Bon Iver) and “Rain on Me” (Lady Gaga and Ariana Grande). But he’s the front-runner to win Latin Pop/Urban Album with leading odds of 31/10. That would get “YHLQMDLG” the album win he was denied at the Latin Grammys.