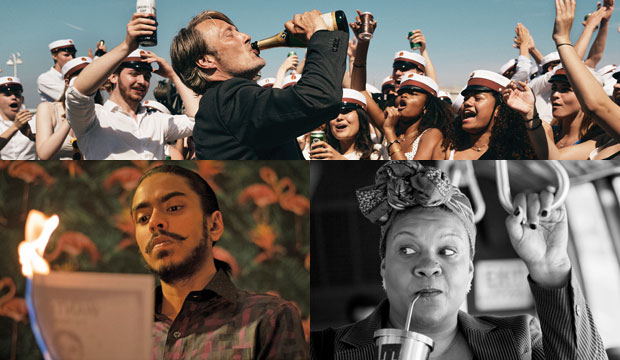 The BAFTA Awards nominations were announced on Tuesday, March 9, and the results of their new jury system were pretty wild, mostly because they didn’t rubber-stamp a lot of presumed Oscar favorites like Carey Mulligan (“Promising Young Woman“), Viola Davis (“Ma Rainey’s Black Bottom”), and Sacha Baron Cohen (“The Trial of the Chicago 7”), among several others. But is that such a bad thing? Scroll down for some of our forum posters’ reactions, and join their discussion here.

The individual peer-group branches voted for the longlists, but then the final nominees for Best Director and in the four acting categories were selected by small juries in order to level the playing field between higher-profile contenders and more under-the-radar selections. That resulted in a lot more ethnic diversity in the nominations than we usually see from the British academy, at least in those juried categories, so while our forum posters acknowledge that “this could not have gotten any more confusing” in terms of anticipating what the Oscars will do, some are also arguing, “I hope the BAFTA nominations look like this every year.”

Though several still note that “they really did [Carey Mulligan] dirty” by snubbing her despite two of her films (“Promising Young Woman” and “The Dig”) getting multiple nominations. You win some, you lose some. Read some of those hot takes from the forums below.

AmnistY21 : “Still collecting my jaw from the floor…”

ClairesCrown: “Oh my lord, this could not have got any more confusing.”

Gwen: “They made some crazy choices, but at least we have a thrilling month and an half ahead of us, not just a boring wait.”

TVFan365: “I hope the BAFTA nominations look like this every year.”

ScarletMi: “I found these nominees so interesting. I know the whole point here is the predicting aspect, but I find it kind of exciting how many of the various nominees weren’t on my radar. The BAFTA nominations just became a watchlist for me.”

ricardo505: “We should be glad that they didn’t go with the same films, same names. Awards season has became something boring, they’re shaking the race a lot.”

Luca: “As I expected, people are completely overvaluing these. Yikes. These are wonderful nominees. They went their own way and were very inclusive. Bravo!”

johnnygc: “Sad to see that people here only care for predictions or precursor status. I for once think BAFTA did great today, throwing a bone at lot (LOTS!) of worthy contenders who aren’t getting in at any other awards show.”

VedanthM: “One thing this year’s BAFTA nomination does is that – it adds credibility to the nominated performances. Seeing the diverse group of actors, people voting for academy nominations will have a preconceived notion of ‘this performance being good.’”

BenitoDelicias: “These are weird, The Weeknd at the Grammys weird, but I’ve been calling BAFTA useless, sheep, traitors to their own people in favor of American/Oscar films and actors, and so on. So, I can’t really complain when they finally went their own way.”

Amirudh Arun: “I have to say though, they really did Carey dirty. They clearly like “The Dig” and love “PYM” and even after that they don’t nominate her?!! Very snobbish of them to do so.”

Vicki Leekx: “Most shocking for me though is Davis’s snub! Ironically the shocking snubs are still safe for Oscar nominations next week. Nice to have refreshing and diverse nominees even when most of them aren’t going further. So happy that Bakalova is making it.”

jvcruzeiro: “Hopefully these nominations can provide extra momentum to [Paul Raci], Alan Kim, Mads Mikkelsen and Dominique Fishback, since Oscars voting closes tomorrow. Someone who hasn’t filled their ballots just yet might look and change it last minute.”