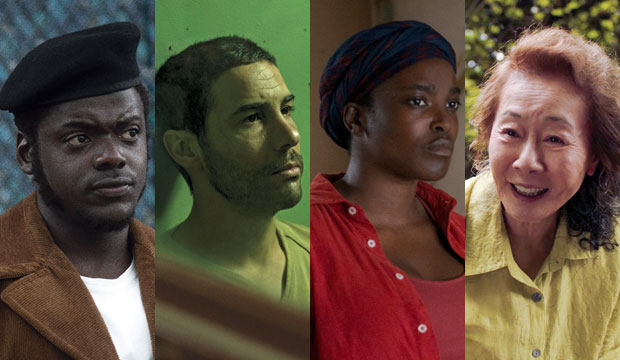 Last year the BAFTAs didn’t nominate any actors of color despite diverse films eligible for consideration including “Parasite,” “The Farewell,” “Us,” Harriet,” “Dolemite is My Name,” “Hustlers” and more. The British academy instituted a new jury system for 2021 that opened the door for a much wider array of nominees, but that looks like a bit of a mirage when you consider the categories that weren’t decided by juries. Check out the complete list of nominations here.

Under this year’s system, members of each BAFTA branch voted in a preliminary round for longlists that would then be narrowed down to the final nominees. But in the acting, casting, and directing categories, those final decisions were made by small juries in order to level the playing field and avoid just the biggest (and/or whitest) Oscar season contenders rising to the top. And it worked. Only one third of the acting nominees (8 out of 24) are white. Black and Asian performers made huge advances. And for Best Director, there are four women and only one white man (Thomas Vinterberg for “Another Round”). Not bad, right?

But zoom out a bit, and you’ll notice a more predominantly white lineup of films in categories that weren’t decided by juries, but by the BAFTA branches as usual. Best Picture is voted on by an academy-wide vote, and four of the five nominees there are white-centered stories: “The Father,” “Nomadland,” “Promising Young Woman” and “The Trial of the Chicago 7.” The only nominee led by a person of color is “The Mauritanian” starring Tahar Rahim.

And the films that did benefit from the jury system didn’t receive much support elsewhere. “Judas and the Black Messiah” only has a cinematography nomination outside of its two acting bids. “Ma Rainey’s” only noms outside of Chadwick Boseman‘s lead-acting citation are for its costumes and makeup/hair. “Rocks” only received additional nominations for its screenplay and Best British Film (which was partly decided by a jury). “The White Tiger” only has an additional nom for writing. “Minari” is only up for Best Score and Best International Feature outside of juried awards. “One Night in Miami,” “The Forty-Year-Old Version,” “Clemency” and “Da 5 Bloods” are only nominated in juried categories.

So on one hand, it’s encouraging that the jury system produced nominations that looked beyond white Europeans and Americans. On the other, it shows that without the juries, we probably wouldn’t have seen nearly that much progress. Perhaps, if the British academy isn’t so beholden to its status as an Oscar precursor, the BAFTAs could expand their jury system to more categories in the future and see what shakes out. When a jury is entrusted with watching and evaluating all the longlisted films, it’s harder to keep your blinders on about what’s allowed in and what’s left out.