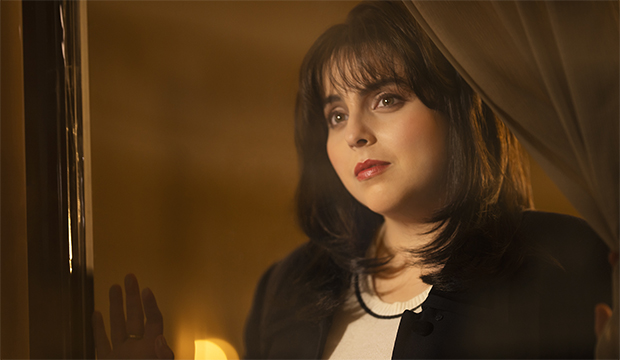 Beanie Feldstein did not have an easy task stepping into the shoes of Monica Lewinsky. “Impeachment: American Crime Story,” which recently wrapped up its 10-episode run on FX, tracks Lewinsky’s affair with President Bill Clinton (Clive Owen) and the very public fallout that followed, requiring the actress to run the gamut of emotions. While Feldstein isn’t quite doing an impression of Lewinsky, she does tap into a certain truth about her journey in the late ’90s, feeling powerless as she watched her life fall apart.

At the beginning of the miniseries, we see Lewinsky as a naive White House intern, optimistic about the future and happy to share a dirty little secret with the president. She appreciates her friendship with office mate Linda Tripp (awards contender Sarah Paulson), albeit unaware that her close confidant is taping their revealing conversations. Feldstein plays Lewinsky with a cheery disposition in these first few episodes, blissfully unaware of the corrupting forces around her, and unsuspecting of the nightmare to come. She does not overplay that innocence, but she demonstrates through her voice and her gestures just how in over her head she’s become.

Feldstein’s biggest showcase in the series comes in Episode 6, titled “Man Handled,” directed by Ryan Murphy and written by Sarah Burgess. That’s the one where FBI agents intimidate Lewinsky in a hotel room to cooperate with the ongoing investigation and thus publicly reveal her affair with Clinton. It is a draining but captivating episode where Lewinsky is put through the wringer emotionally as she tries to keep her head above water while still trying to process Tripp’s betrayal.

By the end of the series, Feldstein plays Lewinsky as a woman who has become numb from all the turmoil of the last few years, but all the more resilient after coming out the other side. The finale aired on November 9.

Heading into the winter award season, Feldstein should be in the hunt to score some nominations for her work. She is currently in sixth place in our latest odds to earn a bid at the Screen Actors Guild Awards. The TV Movie/Mini Actress category is very competitive this year, but Feldstein is a star on the rise delivering a showy, vulnerable performance that could impress SAG voters and later down the line, Emmy voters.