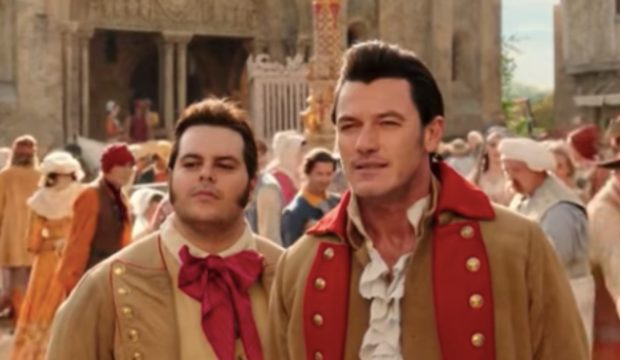 Disney Plus is ready to continue its assault on the small-screen. Fresh off the successful, potentially awards-worthy launches of Marvel shows like “WandaVision,” “The Falcon and the Winter Soldier,” and “Loki,” Disney announced Tuesday plans to expand the “Beauty and the Beast” universe. Set to start production in the spring of 2022, the limited series will explore the backstory of Gaston (played by Luke Evans) and LeFou (played by Josh Gad) “as they set off with LeFou’s step-sister, Tilly, after a surprising revelation from her past comes to light, sending the unlikely trio off on an unexpected journey filled with romance, comedy, and adventure,” according to a Disney release. “While the mysteries of the past are uncovered and the dangers of the present grow, old friends and new enemies reveal that this familiar kingdom harbors many secrets.”

Briana Middleton will play Tilly on the show. Evans and Gad, of course, are reprising their roles from the 2017 live-action blockbuster “Beauty and the Beast,” which starred Emma Watson as famed Disney princess Belle and Dan Stevens as the Beast.

“For anyone who’s ever wondered how a brute like Gaston and a goof like LeFou could have ever become friends and partners, or how a mystical enchantress came to cast that fateful spell on the prince-turned-beast, this series will finally provide those answers…and provoke a whole new set of questions,” Gary Marsh, president and chief creative officer of Disney Branded Television, teased in a statement.

The new limited series, which has the working title of “Beauty and the Beast” is executive-produced and written by Gad, Edward Kitsis, and Adam Horowitz. Kitsis and Horowitz, of “Once Upon a Time” fame, will serve as co-showrunners. The series will also feature an original soundtrack from Alan Menken. Liesl Tommy, who directed the upcoming Aretha Franklin biography “Respect” with Jennifer Hudson, is set to direct the first episode and serve as an executive producer.

After 'WandaVision's' breakthrough, what are Marvel's Emmy chances in Year 2?

Andrew Droz Palermo and Gregory Middleton ('Moon Knight' cinematographers): 'Every script was like a…