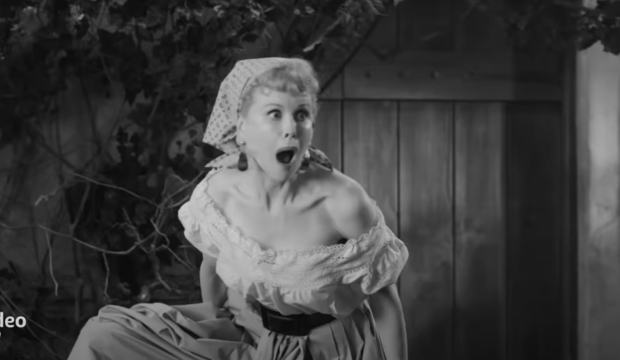 Amazon Studios has unveiled a new look at its major late-season awards contender, Aaron Sorkin’s “Being the Ricardos,” which stars Nicole Kidman as Lucille Ball and Javier Bardem as Desi Arnaz.

The official trailer comes weeks after an October teaser trailer only briefly revealed Kidman’s transformation as the Hollywood icon. In the new trailer, the stakes of the film are laid bare: over the course of a week on the set of “I Love Lucy” in 1952, Ball and Arnaz face not just a crisis in their marriage spurred by a tabloid report, but the threat of Ball’s career going sideways because of her possible connection to Communism.

“The only thing better than a story people don’t know is a story that people think they know but they’re wrong,” Sorkin told Entertainment Weekly about his new film last month. “I had this structural idea that appealed to me. I like claustrophobic spaces; I like claustrophobic segments of time. So I thought if I could tell the story during one production week of ‘I Love Lucy’ — Monday table read through Friday audience taping — and tell it mostly on that soundstage, that there might be something good there. So I tried writing it.”

Amazon will release “Being the Ricardos” in theaters on December 10 before it arrives on the streaming platform on December 21. Sorkin’s last film, “The Trial of the Chicago 7,” was released last year by Netflix after being sold off by Paramount. That film was a major Oscars force, netting nominations for Best Picture, Best Original Screenplay for Sorkin, and Best Supporting Actor for Sacha Baron Cohen.