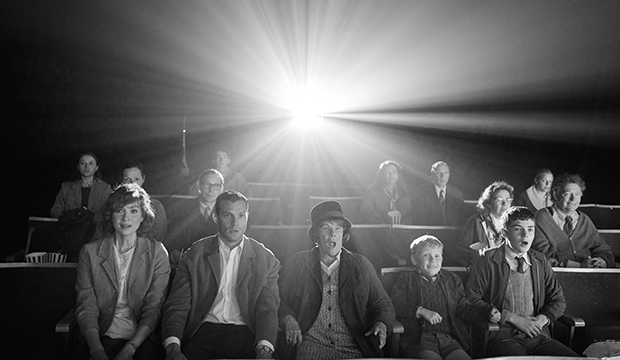 Kenneth Branagh’s semi-autobiographical film “Belfast” has picked up this year’s Audience Award for Best Narrative Feature at the Middleburg Film Festival. It’s another major prize for the black-and-white drama after winning the same honor at the Toronto International Film Festival last month. The film is building up momentum as a front-runner for Best Picture and several other categories at the upcoming Oscars ceremony in March, 2022.

The festival, which returned to in-person screenings after doing outdoor showings and online presentations last year, is based in the suburbs of Washington, D.C. All of the past recipients that have claimed this honor have gone on to be big factors in the Oscar race. In fact, six of the past eight winners of this prize have gone on to score nominations for Best Picture: “Philomena” (2013), “The Imitation Game” (2014), “Spotlight” (2015), “Lion” (2016), “Green Book” (2018) and “Minari” (2020). “Spotlight” and “Green Book” would ultimately go on to win Best Picture. According to the combined predictions of Gold Derby users, “Belfast” is currently in second place for Best Picture with 8/1 odds of winning.

Based on his experience growing up in Northern Ireland, Branagh’s film explores how The Troubles affect a working-class protestant family living in the titular city and the effects it has on the family’s youngest son. The film stars Jamie Dornan and Caitriona Balfe as the parents of the family along with Ciarán Hinds and Oscar winner Judi Dench as the paternal grandparents. Among the other Oscar hopefuls that screened at Middleburg this year were “The Power of the Dog,” “King Richard,” “Flee,” “The French Dispatch,” “The Humans,” “Mass” and “Spencer.”

While the Middleburg Film Festival has only just concluded its ninth year, the celebration has quickly established itself as one of the essential stops for films looking to be big players in the Oscar race. To date 66 of the films that have screened here have gone on to amass a whopping 227 Oscar nominations, including 24 for Best Picture. This was displayed to an insane degree two years ago, when five Best Picture nominees were shown at Middleburg: “Ford v. Ferrari,” “Jojo Rabbit,” “Marriage Story,” “The Irishman” and eventual winner “Parasite.”

Out of those 227 Oscar nominations, the films at Middleburg have won 44 Oscars altogether. 2016 was the first year in which Middleburg titles brought home a huge amount of trophies, with 12 Oscar wins: “Moonlight” (Picture, Supporting Actor and Adapted Screenplay), “La La Land” (Directing, Actress, Original Score, Original Song, Cinematography and Production Design), “Manchester by the Sea” (Actor and Original Screenplay) and “The Salesman” (International Feature).

Last year saw another six Oscars go to films that were showcased at Middleburg: “Nomadland” (Picture, Directing and Actress), “Minari” (Supporting Actress) and “Sound of Metal” (Film Editing and Sound).

Branagh was on hand this year to receive the Spotlight Award after “Belfast” served as the Centerpiece Screening on Saturday night. Potential Supporting Actress contender for “Mass,” Ann Dowd, received the Agnès Varda Trailblazing Film Artist Award and Dakota Johnson, who was helping promote “The Lost Daughter,” received the Spotlight Actor Award. Paolo Sorrentino, whose “The Hand of God” screened this year, was awarded the International Spotlight Award and Ari Wegner received the Distinguished Cinematographer Award after “The Power of the Dog” closed the festival. Also holding events during the four-day festivities were Sean Baker, Simon Rex and several other cast members of “Red Rocket,” “Dune” makeup artist Donald Mowat, songwriter Diane Warren and composer Charles Fox.

The festival was started in 2013 by Sheila Johnson, co-founder of Black Entertainment Television, and filmmaker Susan Koch as a way to showcase the small Northern Virginia town that is east of the beautiful Blue Ridge Mountains and Shenandoah Valley that’s home to around 750 people. The town is located in the southwest region of Loudoun County, a still rapidly-growing commuter region with one of the highest median incomes in the United States. The combination of the region’s beautiful country backdrop along with being only an hour away from the power center of the country have helped the festival establish its identity in such a quick period of time.