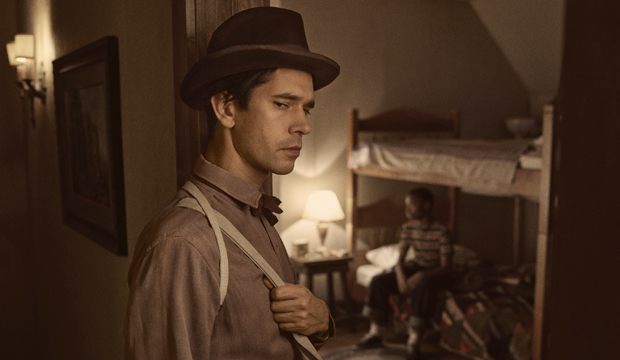 Ben Whishaw claimed Best TV Supporting Actor at the Golden Globes in 2019 for “A Very English Scandal.” Could he win that prize again for his role in season four of “Fargo”? It’s actually pretty rare for actors to win this category twice. In fact, only five have ever done so before.

The biggest winner in the history of this category is Ed Asner with three. He won twice for playing the iconic Lou Grant in “The Mary Tyler Moore Show” (1972, 1976) and once more for “Rich Man, Poor Man” (1977).

It’s hard to repeat at the Globes under any circumstances, but especially in the supporting TV categories, which combine actors from dramas, comedies, movies and limited series. That’s a lot of competition to try to overcome twice, especially since voters tend to move on quickly after awarding a show. You’ll notice that only two of the above repeat winners won multiple times for a single role.

That’s good news for Whishaw, who’s playing a brand new role. He co-starred in “A Very English Scandal” as Norman Scott, the real-life victim of an attempted murder plot perpetrated by his ex-lover in the British government. His “Fargo” role is a sharp departure from that: he plays Patrick “Rabbi” Milligan, an Irish-American adopted into an Italian crime family.

“Fargo” has proved popular with the Globes in previous seasons, winning three times out of 11 nominations: Best Movie/Limited Series in 2015 and Best Movie/Limited Actor in 2015 (Billy Bob Thornton) and 2018 (Ewan McGregor). The series has earned two previous nominations for Best TV Supporting Actor in 2015 (Colin Hanks) and 2018 (David Thewlis), so Whishaw could certainly join their ranks.

The FX anthology series has defied the odds at the Globes by being nominated for three seasons; as mentioned above, previous nominees and winners don’t tend to stick around for long at these kudos. So it helps that the series tells a brand new story every season, keeping it fresh for voters.

It’s still a crowded category, but Expert journalist Susan King (Gold Derby) is predicting Whishaw to return to the race with another nomination. He might actually have to face one of the actors he’s trying to tie in the category: two-time Supporting Actor champ Sutherland, who’s in the running for his third for the HBO limited series “The Undoing.” Might Whishaw prevail, or will he be undone?