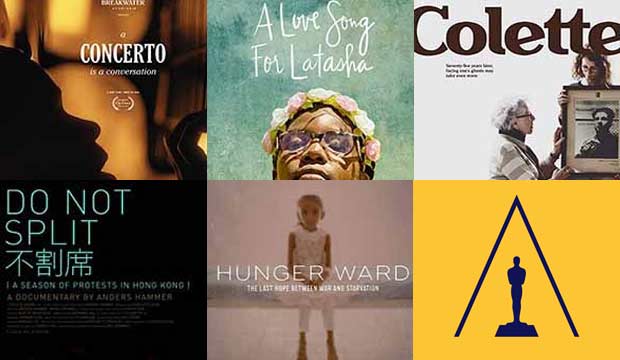 Our official racetrack odds have “A Love Song for Latasha” ahead at the Oscars in the race for Best Documentary Short. But could another one of this year’s nominees sneak in and pull off an upset? Is one of them more of a traditional fit for the Oscars? Below, let’s take a closer look at all five of this year’s nominated short documentaries.

“Colette” – After refusing to go into Germany for 74 years, a former member of the French Resistance is persuaded by a history student to visit the concentration camp where her brother was executed by the Nazis.

“A Concerto is a Conversation” – Jazz pianist, film composer and Emmy winner Kris Bowers researches his family lineage with the help of his 91-year-old grandfather.

“Do Not Split” – The story of the protests in Hong Kong that began in 2019 are told through the perspective of several demonstrators as they snowball into conflicts with armed police.

“Hunger Ward” – Two female healthcare workers try to prevent the spread of starvation in Yemen as the country is ravaged by civil war.

“A Love Song for Latasha” – The shooting death of 15-year-old Latasha Harlins in Los Angeles that became a significant moment in the lead up to the L.A. Riots of 1992 is re-examined.

Netflix has won this category two of the last four years: “The White Helmets” in 2016 and “Period. End of Sentence” in 2018. This year it has “A Love Song for Latasha” in contention.