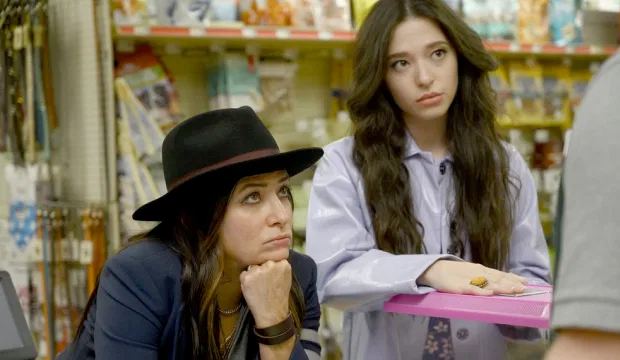 FX’s critically acclaimed comedy “Better Things” finally broke into this year’s Critics’ Choice Awards with a pair of nominations for Best Comedy Series and Best Comedy Actress for series star Pamela Adlon. Despite being lauded by critics since its debut in 2016, the show’s only Critics’ Choice mention thus far was being named Most Exciting New Series for its first season. Could this renewed attention help the show break into the corresponding categories at the Golden Globes and SAG Awards? We’ll find out then those organizations announce their nominees later this week.

“Better Things” focuses on Sam Fox (Adlon), a working actress and single mother to three teenage daughters. The show’s most recent fourth season centered on Sam struggling on multiple fronts, including adjusting to being middle aged, being a mother to children who don’t always appreciate her, and dealing with unresolved anger towards her ex-husband. The season also saw Sam impulsively buy an El Camino from a rather unique mechanic (Lance Henriksen), and attend a suitably over-the-top wedding in New Orleans. In addition to her starring role, Adlon serves as executive producer and writer on the show, and has directed every episode of the last three seasons.

At the Globes, four of last year’s nominees for Best Comedy Actress are not eligible, including last year’s winner Phoebe Waller-Bridge (“Fleabag”), leaving more than enough room for Adlon to take one of the open slots. She has similar advantages in the corresponding category at the SAG Awards where three of last year’s nominees are not eligible. Likewise, openings in the Comedy Series categories could propel the series to its first nominations.