Legendary actress Betty White is dead at age 99 on New Year’s Eve. She was just days short of her 100th birthday on January 17, 2022. She was a five-time winner of Primetime Emmys and also won a regional Emmy early in her career, plus a Daytime Emmy for hosting the game show “Just Men.”

Gold Derby interviewed her back in 2011 about her Emmy nomination for “Hot in Cleveland.” The audio chat featured above includes a discussion about her work on “The Mary Tyler Moore Show,” “The Golden Girls,” “Saturday Night Live” and game shows. She said, “I’m still having the same kind of fun I’ve had for the last 63 years in the business. You’ve got to taste that and appreciate it.”

Regarding her awards success, White revealed, “Each one is different, and each one is very special. I know it’s so corny and such a cliche, but the exciting part of the Emmys is the nomination. You are singled out from a lot of people. By the time you get to the actual award itself, you’ve had your thrill.”

After being part of the inductions into the TV Hall of Fame of Mary Tyler Moore, Mark Goodson, Dinah Shore and CBS exec Ethel Winant, White was delighted to be inducted herself in 1996. She received the Screen Actors Guild life achievement award in 2010. 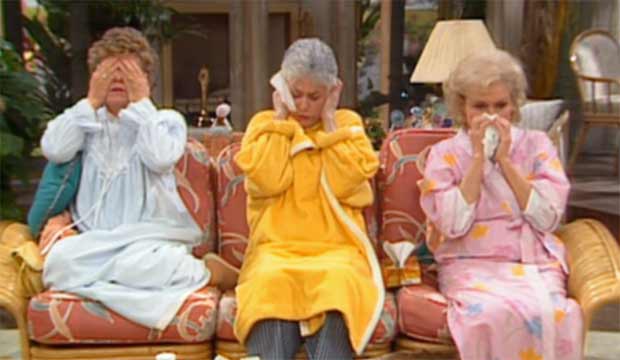