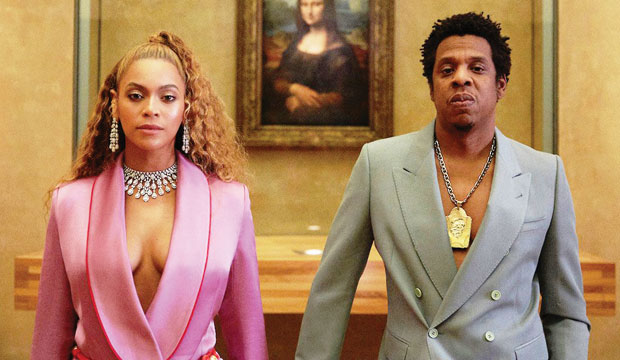 Courtesy of The Carters

Arguably the biggest power couple in showbiz, Beyonce and Jay-Z, are nominated for Best Original Song at this year’s Critics Choice Movie Awards … but they’re nominated against each other for different projects. Which one of them do you think has the better chance of winning? And might they have a rematch at the Oscars?

Beyonce is nominated for “Be Alive,” her original song from “King Richard” which she co-wrote and co-produced with Dixson. It’s not her first bid from the Critics Choice Awards. She actually won this category for “Listen” from “Dreamgirls” (2006). That song was also nominated at the Oscars, but the motion picture academy disqualified her as a songwriter as they only allowed a maximum of three writers to be recognized: Henry Krieger, Scott Cutler, and Anne Preven, with Beyonce being the unlucky fourth. She made another play for awards recognition with “Spirit” from the photo-realistic remake of “The Lion King” (2019). It earned Critics Choice and Grammy nominations, but no Oscar nom.

Beyonce and Jay-Z have won a combined 51 Grammy Awards and received a combined 10 Emmy nominations, but these would be their first Oscar nominations. Beyonce’s chances seem especially strong this time around since “King Richard” is also a likely contender for Best Picture. But winning won’t necessarily be a walk in the park for either of them. At Critics Choice they’re up against Billie Eilish for her “No Time to Die” theme; Lin-Manuel Miranda for “Dos Oruguitas” from “Encanto”; and Ariana Grande‘s “Just Look Up” from “Don’t Look Up,” which was also co-written by Kid Cudi.

And though they weren’t nominated at Critics Choice, Van Morrison could also show up at the Oscars for “Down to Joy” from “Belfast,” and Jennifer Hudson and Carole King could make the cut for “Here I Am (Singing My Way Home)” from “Respect.” So the 2022 Oscars could potentially have as many music superstars as the 2022 Grammys.