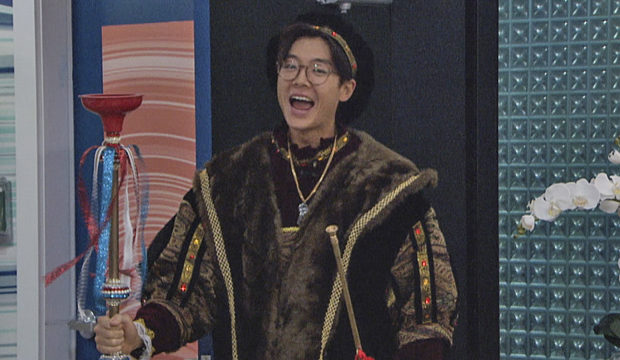 For the past week at Gold Derby, “Big Brother 23” fans have been casting their votes for who they want to win America’s Favorite Houseguest and the $50,000 check that comes with it. (Remember, in past seasons the cash prize was only $25,000, but Julie Chen Moonves recently confirmed it’s been doubled this year.) Three of the 16 houseguests have double-digit support in our recent poll: Tiffany Mitchell in first place, Claire Rehfuss in second place and Derek Xiao in third place. In other words, people who think the popular “Lord of the Latrine” has this thing in the bag may be surprised on finale night. The other players all come in with less than 3% of the vote, suggesting this is indeed a three-way race.

All of the contestants who took part in this 23rd season are eligible for the special prize, not just those who made it to the Final 3 or the jury house. However, it’s much tougher for the early evictees to get support from fans as they’ve been off their TV screens for so long. That’s why most of the former America’s Favorite Houseguest recipients tend to be those that made it to the jury phase of the competition.

In past seasons CBS allowed fans to cast votes for their favorite online, but for this 2021 cycle it’s all taking place via texting. To vote, you must be older than age 18. Text your desired player’s name to 97979 before 9:00 a.m. PT on Wednesday, September 29. You may vote only one time per device, and text STOP at any point to cancel, as data and message rates may apply. The person with the highest number of votes will be rewarded with $50,000. Read all of the fine print right here.

For those lazy voters that simply text the word “Derek,” they’ll be instructed to type “1” for Derek Frazier or “2” for Derek X. Since there were two people with that name this summer, their fellow houseguests nicknamed them Big D and Little D. Both Ds were clearly beloved by audiences, as they received $100 BB Bucks, the highest amount, two times each during the fan-voted High Roller’s Room portion of the game. Claire was the only other player to earn $100 BB Bucks twice; Tiffany received that amount once.

Here are the complete poll results for who viewers want to win America’s Favorite Houseguest:

For a look back at all of the former America’s Favorite Houseguest champs, scroll through our photo gallery below. Some of the notable names include Da’Vonne Rogers (Season 22), Nicole Anthony (Season 21), Tyler Crispen (Season 20), Keesha Smith (Season 10) and Janelle Pierzina (Season 7). The only contestant to win the fan-voted honor twice was Jeff Schroeder (Seasons 11 and 13).