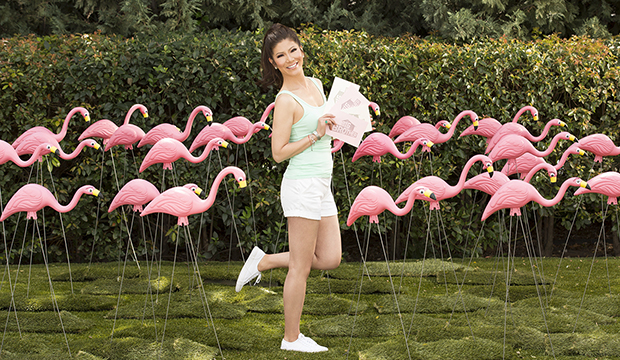 And then there were 11. With the eviction of Christian Birkenberger, the “Big Brother” house learned they had officially entered the jury phase of the competition. Indeed, nine of the remaining players would end up in the jury house throughout the remainder of the summer, leaving only the final two to compete for the $750,000 grand prize. But we’re getting ahead of ourselves. The August 15 episode began with the players competing in the Week 6 Head of Household competition. The winner would have the power of nominating two houseguests for eviction. So how’d it all play out?

Below, read our minute-by-minute “Big Brother” recap of Season 23, Episode 17 to find out what happened Sunday, August 15 at 8:00 p.m. ET/PT. Then be sure to sound off in the comments section about your favorite “BB23” houseguests on CBS’s reality TV show, who annoys you the most and who you think will ultimately join the “Big Brother” winners list. The remaining players are: Alyssa Lopez, Azah Awasum, Britini D’Angelo, Claire Rehfuss, Derek Frazier, Derek Xiao, Hannah Chaddha, Kyland Young, Sarah Beth Steagall, Tiffany Mitchell and Xavier Prather.

8:00 p.m. – “Previously on ‘Big Brother’!” In the 16th episode, Christian was evicted by a 9-to-2 margin over his fellow King, Sarah Beth. Before leaving the house, he planted a steamy kiss on his showmance partner Alyssa’s mouth. “It was a temporary goodbye kiss,” Christian told host Julie Chen Moonves during his exit interview. Hmm, okay! The remaining players then learned about the High Roller’s Room, which could give them the option of winning prizes and powers. America can influence what happens inside the room by rewarding their favorite players with extra BB Bucks. But enough about last week — let’s get to the HOH comp!

8:02 p.m. – Day 37 in the house ended with the HOH comp that we didn’t see happen on last Thursday’s live episode. For the comp, Derek X. hosted “Name That Croon,” a head-to-head comp where the players answer questions about past comps quicker than their opponent and then choose the next pair to face off. By the end, only two players will remain and one will be named HOH.

8:04 p.m. – By random draw, Britini and Claire were the first to face off. Claire answered first, but got the question wrong and so she was eliminated and Britini advanced. Britini chose Sarah Beth and Kyland as the next opponents in order to eliminate one of a strong duo. In this match Kyland correctly answered, eliminating Sarah Beth and giving him the choice of Britini and Azah to go next. Azah won between them and then chose Kyland and Alyssa to go next. Once again Kyland answered first and correctly, eliminating Alyssa and leaving only Cookout members to play. Kyland chose Azah and Derek F. to go next, and pissing Azah off in the process. Luckily she won again, eliminating Derek F. and then picking Tiffany and Hannah to go next. Tiffany was slightly quicker to buzz in and was correct. She then pit Azah and Kyland against each other right after they had a discussion about Azah winning HOH, but Kyland successfully buzzed in first with the correct answer and eliminated her, frustrating her further. That put Kyland in the final round to go against the winner of Xavier and Tiffany. Between those two, Xavier answered first, but incorrectly on purpose so that Tiffany could advance.

8:14 p.m. – Before their head-to-head, Tiffany asked Kyland to let her win so that she could receive a letter from home. Unfortunately, while Kyland did let her buzz in with the answer, she did so incorrectly and so HOH defaulted to him instead. Following the comp, Azah was still reeling from Kyland not throwing it to her earlier in the comp and Tiffany was disappointed that out of everyone the one person that won’t nominate Sarah Beth is the one that won.

8:16 p.m. – Later, Azah cried on Xavier’s shoulder, worried that Kyland is going to target Britini and put her up alongside her as a pawn. This was yet another example of Azah putting someone else’s game ahead of her own and showing too much emotion in the process. At the same time in another room, Derek F. warned Kyland that when he doesn’t nominate Sarah Beth it’s going to make it clear that he and Sarah Beth are basically the new power pair in the house. Kyland told him that he has three options for nominations: Claire, Alyssa and Britini. That list is one Tiffany was expecting — when she spoke with Xavier later, she expressed concern that her closest side ally, Claire, is the one that will likely go home with Kyland in power.

8:20 p.m. – When Azah and Kyland touched base later in the day she asked him why he kept picking her to play. Kyland said that she’s Britini’s closest ally. The conversation quickly devolved between the two who weren’t seeing eye to eye on their communication style. Kyland tried to assure her that he isn’t her adversary, but she felt like he was putting his personal game ahead of the alliance. Ultimately she felt like she wasn’t being heard by him and that he wouldn’t let her get her feelings across.

8:25 p.m. – As nominations loomed, Claire stopped by to talk game with Kyland after admittedly having not done so for a couple weeks. She opened with promising to vote any way he wants her to in order to get out his target. She suggested that he go after a Joker or Xavier, not realizing that in that group is three Cookout members. That immediately put Kyland off, showing him that Claire could be a big threat to the alliance.

8:29 p.m. – Kyland met with Derek F. later to discuss who he could put up, specifically about whether there’s someone he’s working with that would be willing to go up as a pawn. Derek suggested that Kyland use Sarah Beth as a pawn, but Kyland laughed and said “you know that’s not gonna happen.” Eventually the conversation got to Kyland asking Derek if he’d be willing to do it, and against his better judgment Derek said he’ll do it in order to save Britini from going up again and to keep Azah from having to do it.

8:35 p.m. – At the nomination ceremony Kyland named his two nominees: Derek F. and Claire. He said that after seeing some of the actions taken during the HOH comp he had to re-evaluate his position in the house. Azah was in better spirits considering she had believed herself to be one of Kyland’s nominees, and Derek F. was not planning on telling her or Britini that he volunteered to be a pawn because he thinks they’d let it slip to other people in the house.

8:39 p.m. – When the High Roller’s Room opened later, the houseguests were introduced to their chance to “gamble for greatness.” For 50 BB Bucks they could play the Veto Derby, betting on a player competing in the next POV comp. If the person they bet on wins, they’ll earn a second POV medallion. For 125 BB Bucks the could play Chopping Block Roulette to win a chance to remove a nominee and determine the replacement by the spin of a roulette wheel. And for 250 BB Bucks they could play Coin of Destiny for a chance to overthrow the HOH by a simple flip of a coin. To be clear, each power can only be won once and can only be used in the same week it’s won. This week, there is only enough money for anyone to play Veto Derby or they can each save their money for a different power in coming weeks.

8:46 p.m. – First to enter the High Roller’s Room, Sarah Beth learned that she was given 50 BB Bucks by America and she decided to use it to play Veto Derby with the explanation that she just wants to prevent someone else from winning it! In the game she slid three oversized mint juleps down a shuffleboard lane to earn points. After her three shots she earned 4 points. Hannah earned 75 BB Bucks, but opted to save it. Xavier also earned 75 BB Bucks and saved it as well. Britini was the first player to receive 100 BB Bucks and decided to save it. Azah, Alyssa and Kyland all earned 50 BB Bucks each, but only Kyland opted into the Veto Derby game. After his three shots he earned a total of 9 points.

8:51 p.m. – Prior to going in, Tiffany met with Claire who urged her to not play in the Veto Derby. But after seeing that she earned 75 BB Bucks, Tiffany decided to play so that she could look out for Claire’s game in an effort to look out for her own game in the process. After her three shots, Tiffany earned 0 points because all her juleps fell off the board. Derek X. learned he won 100 BB Bucks and he saved all of it for next week. Derek F. also earned 100 BB Bucks and as a nominee he opted into the game for half of his sum. His three shots on the board resulted in a total of 5 points. Claire was last to enter, learning she made 50 BB Bucks and with no hesitation she played the Derby as well.

8:56 p.m. – Unfortunately, Claire’s third julep slid off the board and so her total was only 4. Afterward, Kyland revealed the results of the Veto Derby: Kyland in 1st with 9 points, Derek F. in 2nd with 5 points, Claire in 3rd with 4 points, and Sarah Beth in 4th with 4 points. Because Tiffany earned 0 points, she does not qualify for the game. Once the players are picked for the POV comp, they’ll get to choose their bets in order and the one that picks the eventual winner will earn the second POV.