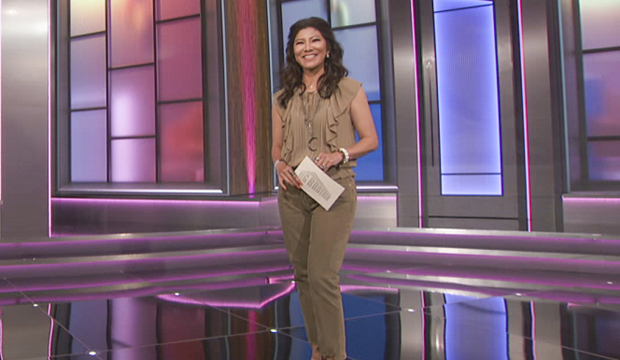 The sixth week of “Big Brother” was chock-full of chaos, with Kyland Young‘s Head of Household reign upsetting many of his fellow contestants, including his Cookout alliance members. When we last left the houseguests on Wednesday night, Kyland and Alyssa Lopez had both won Veto medallions and were considering whether to use them to remove Claire Rehfuss and/or Derek Frazier from the block. It seemed likely that Britini D’Angelo was about to be going up as a replacement nominee, but what about the other option? And who ended up being evicted and having a one-on-one conversation with Julie Chen Moonves?

Below, read our minute-by-minute “Big Brother” recap of Season 23, Episode 19 to find out what happened Thursday, August 19 at 8:00 p.m. ET/PT. Then be sure to sound off in the comments section about your favorite “BB23” houseguests on CBS’s reality TV show, who annoys you the most and who you think will ultimately join the “Big Brother” winners list. The remaining players are: Alyssa Lopez, Azah Awasum, Britini D’Angelo, Claire Rehfuss, Derek Frazier, Derek Xiao, Hannah Chaddha, Kyland Young, Sarah Beth Steagall, Tiffany Mitchell and Xavier Prather.

8:00 p.m. – “Previously on ‘Big Brother’!” In the 18th episode, Tiffany worked her magic on Kyland to get him to stop seeing Claire as a threat and to instead start targeting Britini. Later, Kyland threw the OTEV Veto competition to Alyssa because he had picked her to win in the Veto Derby, meaning both of them ended with medals in hand. After SB told Britini she was likely going up as a replacement nominee, Britini freaked out and confronted Kyland in the bathroom. Did her last-minute conversation have any bearing on Kyland’s decision? Let’s go!

8:07 p.m. – The drama picks up at the Veto meeting with Kyland deciding to use the Power of Veto on Claire. He replaces her with Britini. Alyssa chooses NOT to use her Power of Veto so either Big D or Britini is heading home tonight. Big D regrets volunteering himself as a pawn now that he’s on the block with Britini. Meanwhile, Claire doesn’t feel any sort of gratitude for Kyland, who left her dangling in danger all week. Not a good week for Kyland!

8:10 p.m. – Britini is sobbing while Big D and Azah comfort her. She thinks the house is “obsessed” with her and she doesn’t understand why she’s constantly being put on the block. Britini feels picked on because she’s been up on the block four out of six weeks. Azah is heartbroken for her friend and Big D tells her to put on a brave face before they walk out the door. In another room, Tiffany tells Claire that she doesn’t have a relationship with Big D. Both Tiffany and Claire think everyone will want to take Big D to the end because he’s a floater who would be easy to beat. Claire wants to flip the house and evict Big D, but Tiffany knows they need to take out Britini first.

8:15 p.m. – Meanwhile, Derek X. and Hannah are having a similar conversation. Both of them feel that keeping Britini is a benefit to their game. Hannah knows this to be true, but she’s not willing to turn on the Cookout just yet. Next, Derek X. brings his idea to Tiffany and Claire and tells them Britini will be loyal to them and take big shots. They all know Big D isn’t a shield for anyone because he can’t win anything. Tiffany comes to the realization that as much as she loves Derek X. and Claire, they might have to go home sooner rather than later if they keep targeting the Cookout.

8:20 p.m. – The Cookout knows they must win the next HOH or risk being exposed. Tiffany tells Xavier that DX and Claire want Big D gone. The Cookout remains her top priority and she knows DX and Claire are both smart enough to figure out the Cookout exists. Xavier plans to go HARD for the next HOH. Later, DX comments to Tiffany that there isn’t a single white male that has made the jury. Xavier laughs thinking about everyone in jury saying, “Y’all notice there are only black people in the house?” Up in the HOH room, Kyland and Xavier discuss making DX feel comfortable enough to throw the next HOH. They know both of them are in serious danger if they end up on the block. In the Diary Room, DX mentions that Kyland, Xavier and himself sort of have to keep each other safe because they are the only shields for each other.

8:25 p.m. – Xavier uses his charm on DX and DX even gets to the point of saying he might throw the next HOH to Xavier. As he thinks about it more, he talks to Claire and they come to the conclusion that Xavier plans to backdoor DX. They’re onto the game plan and they’re right! Xavier confirms in the Diary Room that if DX throws the HOH competition he will be sealing his fate. This HOH will be more important than ever. If Claire or DX wins this HOH I expect them to go after Kyland and Xavier.

8:30 p.m. – It’s time for the live vote and eviction! Britini gives a brief rap before asking the houseguests to consider what is best for their own personal games. Big D thanks God and his mother and mentions a bunch of his friends at home we don’t know. Then he makes his case to stay by telling everyone that he will continue to cook and clean for them. It’s time to vote! By a vote of 7-1 Britini is evicted from the “Big Brother” house. Azah was the only vote to evict Big D. Following Britini’s eviction Azah bursts into tears. Kyland plants a big kiss on Big D’s lips, likely trying to get back in his good graces. No shame in his game! He’s using all his assets.

8:45 p.m. – It’s time for the live HOH competition! As the outgoing HOH, Kyland is not eligible to compete. This competition is called “Dash to Dinner.” One at a time players will step up and attempt to navigate a balance beam course on their way to grab a seat at dinner. The balance beams they will be choosing from are different sizes. Some are wider than others. Their path is crucial because they will all be timed. The houseguest with the fastest time will be the new HOH!

8:55 p.m. – The order for this competition was based on a random draw. Claire is up first and she finishes in 34.97 seconds. Alyssa is next and she clocks in at 27.06, but she falls JUST before hitting the buzzer and eliminates herself, so Claire remains in the lead. Big D scurries across pretty quickly, but can’t catch Claire’s time. Sarah Beth looks like she does this every day in her own backyard and clocks in at 21.03. Azah is the first to attempt the super tiny beam and she almost made it! She probably shouldn’t have taken the risk because she looked like she may have won if she took the traditional route. Hannah can’t catch Sarah Beth and Tiffany is next to attempt the tiny beam. She makes it across, but she was too slow. Derek X. falls off the tiny beam and that was a huge mistake. He falls just short of taking out Sarah Beth’s time. Xavier is last and he runs too fast and falls. Sarah Beth is the new HOH! That should make for an interesting week. Everyone in the Cookout besides Kyland should be terrified.