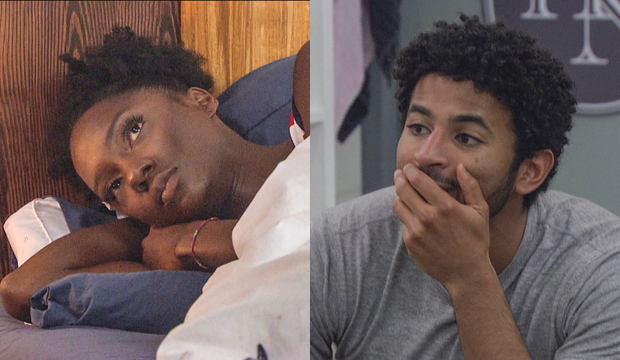 Immediately after the second double eviction of “Big Brother” Season 23, the Final 4 Head of Household competition was held between Xavier Prather, Derek Frazier and Kyland Young. (Azah Awasum was not eligible to compete as she served as HOH during the double.) All three Cookout guys gave it their all, but Xavier prevailed and ended up putting Azah and Kyland on the nominations block. Of course, as we know, this week’s final Veto of the summer is really the most important challenge this week. Whoever wins has all the power, as they get to determine who casts the sole vote to evict. So how did it all play out on Wednesday night?

Below, read our minute-by-minute “Big Brother” recap of Season 23, Episode 33 to find out what happened Wednesday, September 22 at 10:00 p.m. ET/PT. Then be sure to sound off in the comments section about your favorite “BB23” houseguests on CBS’s reality TV show, who annoys you the most and who you think will ultimately join the “Big Brother” winners list and win the $750,000 grand prize.

10:00 p.m. – “Previously on ‘Big Brother’!” In the 32nd episode, viewers saw what happened during the historic second consecutive double eviction. After Tiffany Mitchell‘s ouster, Azah won HOH and put up Hannah Chaddha and Xavier. Kyland then won the Power of Veto and saved Xavier, which surprised Azah because it meant Derek had to take his place on the chopping block. Kyland and Xavier considered splitting their votes and forcing Azah to break the tie, but they ultimately voted 2-0 to send Hannah to the jury house. Later that same night, a “CSI”-inspired HOH comp took place with Xavier winning; he nominated Azah and Kyland for eviction. How will tonight’s final Veto shake up the game? Let’s go!

10:05 p.m. – After nominations, Xavier reiterated to us in the DR that his goal for the week is to win the POV and ensure that he and Derek make it to the final 3 together. That is in direct contrast to what Kyland thinks is happening, which is a final two deal between him and Xavier. The week also puts Derek in a tough spot because he wants to stay true to his deal with Xavier and Kyland, which means he might have to help send Azah home and they’ve been thick as thieves all season.

10:08 p.m. – Sensing her own predicament for the week, Azah asked Derek straight up whether or not he has a final three deal with the guys. Derek said no, but admitted that he has final two deals with each of them. Azah explained that it’s essentially a final three deal with them and he lied in saying that the three of them never solidified that. The revelation showed Azah that if she doesn’t win the POV that she’ll be going home because she doesn’t have deals with any of them, including Derek who she’s just been close with but they never made a final two.

10:10 p.m. – The conversation with Azah made Derek feel like he had to go to Kyland to make sure that their final two deal is still good from both ends so that he doesn’t send Azah home only to feel stupid for it later. Kyland noticed the conversation as Derek leveraging power over Kyland and did not want to commit to anything for that reason. That response was certainly fair, but didn’t make Derek feel good and so he left more unsure than when the conversation started. Elsewhere, Azah was probing Xavier for whether or not his path to the end includes being against “strong competitors” and he just kind of kept it vague. Derek and Kyland met up again later, but things just got worse because neither of them said what the other wanted to hear and it ended with Kyland saying that it’s best he just leaves the conversation than continue it.

10:20 p.m. – When Derek met with Xavier to go over the Kyland stuff, Xavier said that all he cares about is getting the two of them to final two and what the best path to achieve that would be. His goal in the conversation was to plant the seeds that he should evict Kyland over Azah. Derek’s thing is that he doesn’t want Azah to get to the end because she’s done nothing all season and hasn’t lied or stabbed anyone in the back.

10:27 p.m. – Derek apologized to Azah for making her feel like he doesn’t have her back, giving her the idea that he may decide to keep her. At this point Derek was just trying to cover all his bases considering the POV result could potentially put him in the place of vulnerability.

10:35 p.m. – The the final, and most important, Veto comp of the season, the players had to balance a seesaw with numbered balls on one end that add up to a specific day in the house. In each of the rounds the last player to finish would receive a strike against them and two strikes means elimination. Everyone considered it a must-win, giving the person they want (mostly themselves) the opportunity to be the sole vote to evict and decide the final three.

10:38 p.m. – The first to finish in round one was Azah followed shortly after by Kyland. Xavier slightly beat out Derek to hit his button, giving Derek his first strike. In the second round, Xavier hit first, Azah hit second, Derek hit third and Kyland received a strike.

10:46 p.m. – It was do or die for Derek and Kyland in round three, but once again Kyland struggled keeping his balls on his seesaw and so he came up short for the second time and was eliminated by Xavier, Azah and then Derek. The result was music to Xavier’s ears, but left Kyland feeling defeated and emotional. In round four, Azah showed her first sign of weakness, not knowing the exact day that she and Claire started a fire in the oven, and earned her first strike when Xavier and Derek were able to guess correctly before her. In round five, the answer was two which meant it was a quick round to see who could secure two balls first. That was Derek and Xavier, eliminating Azah. At this point it was clear that the veto would not be used in the hands of either Derek or Xavier, but we all know Derek wanted to finally win a challenge. Unfortunately, Xavier was not prepared to let that happen and so he kept a tight pace and sent Derek packing once again to consolidate all power in his own hands.

10:58 p.m. – After the loss, Kyland was emotional, which wasn’t a good time for Xavier to enter his room to check in. Kyland pressed Xavier to reciprocate what he did for him by taking him off the block during the double, but Xavier could not do that. Xavier shutting the conversation down showed Kyland that Xavier likely doesn’t plan to save him, meaning he thinks Kyland is expendable. 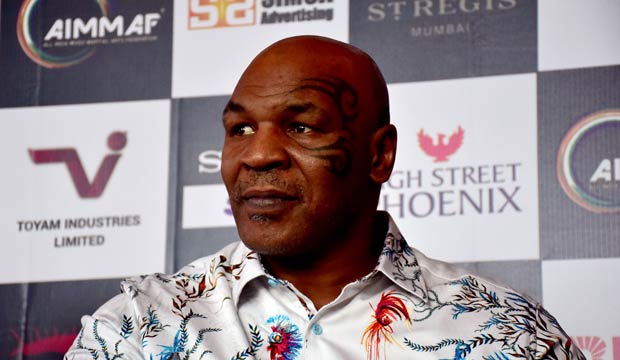