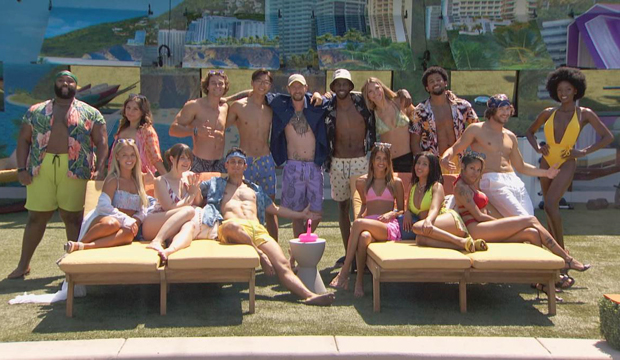 The “Big Brother 23” season finale is set for September 29 on CBS, and just as important as finding out who will win the $750,000 grand prize is learning who will be named America’s Favorite Houseguest. This special honor comes with its own cash prize ($50,000, up from the normal amount of $25,000) and eternal bragging rights as viewers’ most-loved player of the summer. Host Julie Chen Moonves will hand over the check during the live season finale. Scroll down for all the details on how to vote for America’s Favorite Houseguest.

All 16 houseguests are eligible for the unique prize. Travis Long, Brandon “Frenchie” French, Brent Champagne, Whitney Williams and Christian Birkenberger may have left the game early, but they still have plenty of fans out there. Britini D’Angelo, Derek Xiao, Sarah Beth Steagall, Claire Rehfuss, Alyssa Lopez, Tiffany Mitchell, Hannah Chaddha and Kyland Young are currently sitting in the jury house after being voted out more recently. And Azah Awasum, Derek Frazier and Xavier Prather are still having a cookout in the “BB23” house as the Final 3 of Season 23.

In past seasons CBS allowed fans to cast 10 votes for their favorite online, but for this 2021 cycle it’s all taking place via texting. To vote, you must be older than age 18. Text your desired player’s name to 97979 before 9:00 a.m. PT on Wednesday, September 29. You may vote only one time per device, and text STOP at any point to cancel, as data and message rates may apply. The person with the highest number of votes will be rewarded with $50,000. Read all of the fine print right here.

Last year at the end of the “All-Stars” season, Da’Vonne Rogers was shocked to learn that she was named America’s Favorite Houseguest. “Don’t make me ugly cry!” she shouted on live television. When Julie asked Da’Vonne what she would do with the $25,000, the former contestant proclaimed, “I just want to get home to my daughter! I just wanna go!”

Da’Vonne’s triumph made her the fifth cast member from that Season 22 cast to have earned the title sometime in their “Big Brother” careers. The others were Nicole Anthony (Season 21), Tyler Crispen (Season 20), Keesha Smith (Season 10) and Janelle Pierzina (Season 7). If Tyler had won again, he would have been the second person in the show’s history to win the fan-voted honor twice after Jeff Schroeder (Seasons 11 and 13).