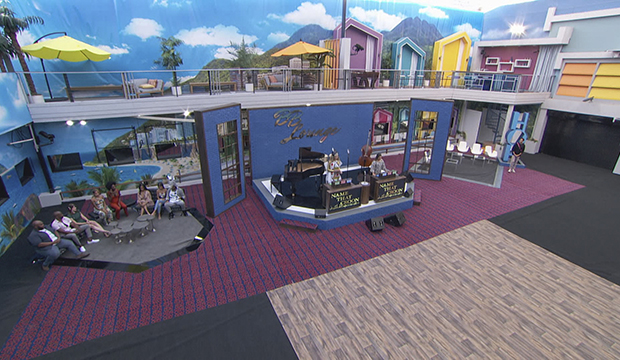 Tuesday was pretty ho-hum in the “Big Brother 23” house with the activity that you’d expect: more campaigning from Britini, possible vote-flip talk to boot Derek F. and plotting next week’s eviction.

With Britini’s eviction Thursday all but a done deal, Kyland and Xavier started discussing their preferred boot order of the Cookout’s remaining plus-ones. They weren’t exactly the same but both want Derek X. out next and Claire out last. Derek X. being the next target isn’t shocking at all obviously since he’s a comp beast, is willing to take shots as HOH and got $100 BB bucks, which he’s trying to save for the Coup D’etat in two weeks. Tiffany was informed of this and after a convo with Hannah, she told Kyland that Claire will have to go next week, not Derek X.

“We probably have to send Claire home next week. She’s getting very wise. Although you and X want to send DX home, we are probably going to have to wait. If we send him home and still have three girls left in the house that are not in the six, they are not going to target each other,” she said. “The reason I said Claire has to go next week is because him and Claire are doing a lot more talking and they both want to keep Britini this week. Claire is convincing him.”

SEE ‘Big Brother 23’ spoilers: That time Kyland told his target not to campaign against him

This is where it gets good because Tiff claimed that Claire is the brains behind the Claire-DX duo and he’s just following along because he is “more aloof” while Claire is “more aware.” “She is bringing to his attention that it’s better for DF to go and for Britini to stay,” Tiff stated. “She’s making valid points and he is seeing them.” Dumbing down Derek X. to try to save him? You love to see it. To be fair, Derek X. is perhaps too trusting of people. He tells Tiff, Kyland and Hannah a lotta stuff, and even though he’s been growing suspicious/annoyed with Kyland this week, Kyland sort of misted him back under his spell after their convo on Tuesday. Tiff trying to keep Derek X. longer isn’t surprising either. Arguably out of everyone in the Cookout, her game is hurt the most by the group’s mission and this has been her weekly turmoil. It’s no coincidence that the people who are most devoted to maintaining the Cookout — Xavier and Kyland — are the ones whose games benefit the most from it. Getting out DX would also only help their games since he’s the biggest threat to them, while Tiff needs someone like DX, who’s committed to their alliance, to further her game.

Claire and Derek X. carefully broached the subject of a vote-flip to several people and they’ll keep trying, but ultimately, it’s not going to happen. Britini, meanwhile, still hasn’t totally figured out she’s the target and thinks she can still stay with a 5-3 or 7-1 vote. Poor thing. It’ll probably be 7-1 but the other way. After obliging his sanctimonious advice of taking a day before talking to him, Britini and Kyland had like a two-hour convo that ought to be used as a torture technique to acquire info from someone. Lots of words were said (mostly from Ky) but nothing was really said (because, Ky). They hashed out him allegedly reneging on that safety deal she had offered (he never accepted it, so he didn’t break any promise) with Kyland explaining that it was contingent on him not nominating her and that it was Brit’s “ lack of comprehension of the specificity of the words” that led to this misunderstanding so she should explain that to the house. This guy, man. Britini also asked if people thinking she got $100 BB bucks was why she was nominated and Kyland said that was one of the “minimal” reasons she’s on the block. It is kind of funny that a twist is the primary reason that led to Britini’s demise.

Britini recounted their convo to a bunch of people and how patronizing and ridiculous Ky was, leading to another Kyland-bashing session. “He said you lack the comprehension? Really? That’s very rude. That’s extremely condescending,” Xavier said. Azah cam-talked that if it weren’t for the Cookout, “I would put him on the block next week and get him out of here.” The Cookout is a noble cause, but we also want drama and booting Ky would give us plenty.