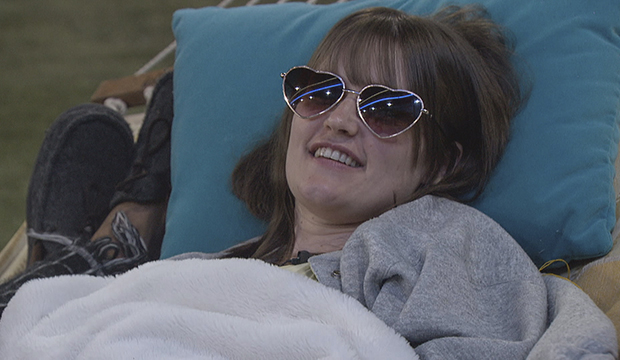 Well, that was fun while it lasted for all of, like, 15 hours. After claiming she would do her own thing because this was her HOH, not Kyland‘s, on “Big Brother 23,” Sarah Beth let him manipulate her and is now doing his (and the Cookout’s) dirty work. And that means Derek X. is toast.

Kyland undid all the good one-on-ones Sarah Beth had Thursday night and probably haunted her dreams because she woke up Friday being like, “I’m gonna do the exact same nominees as last week.” The goal, for which Ky planted the seed, was to backdoor Derek X. because that’s who he and Xavier want out. So, yeah, this is basically Ky’s third HOH, just like everyone feared when SB won HOH. Honestly, this wouldn’t even be that annoying if Sarah Beth hadn’t said she wasn’t going to let Kyland control her HOH. She gave us hope and we should’ve known better.

Everything has worked out the way the Cookout wants — or really, the way Xavier and Kyland want. Alyssa won roulette and saved Derek F., and even though Xavier became the random roulette nominee, he wasn’t sweating it because he knew he’d had the votes even if he stayed on the block. But he’s definitely coming off the block because he won Veto — Derek X. wasn’t drawn to play it — after taking a bunch of punishments: losing all his BB  bucks, going into 24-hour solitary confinement and becoming the third nominee next week if he doesn’t win HOH. And DX is all but assured to be the replacement nom next to Claire.

With the plan for DX to go, Tiffany and Hannah will lose one of their closest allies, which will be terrible for both of their games. Their paths to a win drastically diminish if Derek X. goes this early since X and Ky are much stronger players than they are. This has been Tiff’s struggle the past few evictions: She knows she’s evicting people who can further her individual game, but she has been prioritizing the Cookout, and what works best for the Cookout also aligns perfectly with X’s and Ky’s games.

The good news for Derek X. is that he’ll be up against Claire, a non-Cookout member, so he has a (slim) chance of flipping the vote. He’ll need Tiffany to work her mist magic and not throw in the towel like she did with Christian, but that’ll also likely involve going against what the Cookout wants. Hannah also does not want him to leave and has tried to lay the groundwork for herself to be the replacement nom, but Sarah Beth ain’t gonna bite on that. She was barely receptive in DX’s convo with her Sunday night and told him that regardless of who the renom is, she would like Claire to stay. This is such a bad move for Sarah Beth, who has no idea that she’s being used to dispose of DX and will be immediately targeted next. Things are going so smoothly for the Cookout, which is great for them (or certain members), but it’s not that much fun to watch at the business end of the season when a dominant alliance, regardless of who it is, runs the game facing no adversity (see: last season). We need to see them sweat and scramble, and so far, all of the sweating and scrambling is coming from the Cookout trying to keep the Cookout together.