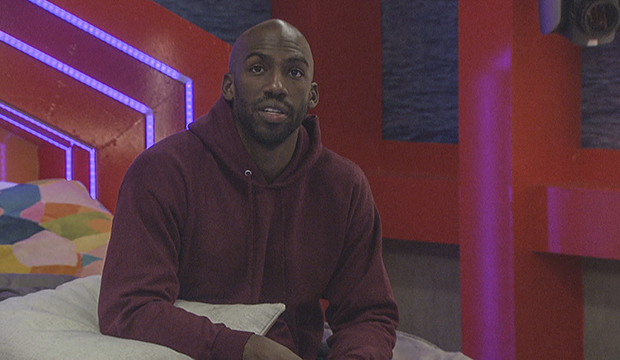 The week leading up to the final four eviction is always deathly long since there’s no Veto meeting, but there is a wee bit of drama on “Big Brother 23” now to make it slightly more interesting. Xavier wants to cut Kyland, but he can’t do itself and also doesn’t want to show too many of his cards.

X won Veto on Saturday, giving him all the power this week, but as HOH, he can’t vote so he must decide who can vote and bring the third person to final three. Since he wants Ky out, his easiest path is to use the Veto on Azah and let her evict him since she’ll never go against Derek F. But X doesn’t want to lose Ky’s jury vote by going against their all-dudes final three, so his other option is to keep noms the same and let Big D do the dirty work.

Easier said than done since Big D is highly erratic and has been the most gung-ho about the guys’ final three. X has been putting in work since Friday to convince Big D to cut Ky by playing to his ego, telling him that he has a better shot at making final two with Azah in the picture than a comp beast like Ky, who could win one of the final three HOHs, that this is a big move, and that he plans on honoring his final two with Big D as that was the first one he made in the house. “By taking her, either I am sitting in final two or I get third. By taking Ky, I am almost guaranteed final two no matter what happens,” X said. “But I don’t want to put you in a position where you might be ass out if I don’t win [final three HOH] if we took Ky.”

Big D has committed to evicting Ky, but he does have concerns, like feeling bad about booting him and looking bad to the jury. It’s cute he so staunchly believes he has a strong chance to win against any of the three remaining. X told him Sunday that if he can’t do it, he’ll take Azah off so she can do the honors. “I want my spot solidified. It’s just going to be awkward, that’s all,” Big D said. “I’m trying to have something on my resume where jury will be like, ‘OK, wasn’t expecting that.'” X said that this would be that resume-builder and Big D seemed to be fully committed again until X informed him that he has to cast his vote live in front of the nominees. Bro really thought he fake crying coming out of the DR so “no one knows who I voted for.” Um, you’re the only vote.

At the moment, Big D is still on board to evict Ky, but X is not so sure he can count on him to do it and cam-talked his frustration about Big D continuing to questioning it. The good news for him is that there is no Veto meeting on Monday so he has a few more days to work on Big D — literally until the final seconds before the live Veto meeting. Big D will likely ultimately go through with evicting Ky. X has presented him pretty solid arguments and stroked his ego about why it’s better for it’s game, and really Big D’s hesitation right now is worrying about Ky’s feelings.

As for Ky, he knows he’s in trouble but is acting like he doesn’t know. He was devastated after the Veto, in which he finished last, and said to himself, “This is the moment everyone warned me about.” Look, this is what you get for legit wanting to go to final two with the strongest competitor. Not everyone is that dumb.