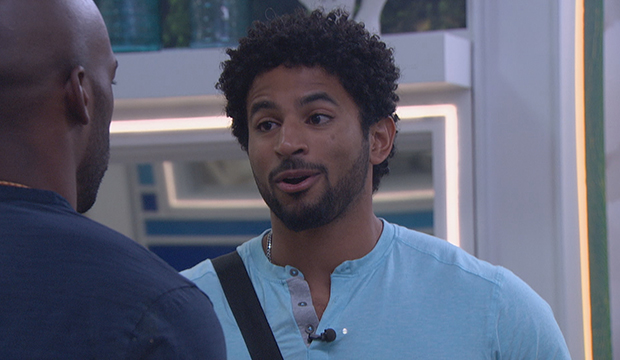 So that happened. Kyland gave us one of the messiest exits ever on “Big Brother 23” Thursday and really, we’re here for the drama. This season has gone too predictably, so leave it to Ky to try to come for Xavier via his nephew named after Kobe Bryant as he’s walking out the door. A big fat yikes but a moment for the “BB” books. It was all enough to make you forget that Part 1 of the final HOH was going to be played minutes later.

Xavier won that, of course, so he gets to chillax until Wednesday. Derek F. and Azah will face off in Part 2, usually played on Saturday, and the winner of that will face X in Part 3 on finale night. There was very little chatter about the comp afterwards as everyone was still reeling from Ky’s ridiculousness. “What kind of role model are you for your nephew? You know what Ky, I am going to show you by winning. First part done,” X said to himself.

The three of them then spent some time dragging Kyland, including X saying that “sh– could have got violent” if Ky were not walking out the door. Possibly, but X is way too levelheaded to let it escalate like that. Azah said that after Ky targeted Tiffany, “I was like, ‘You cannot be surprised if anyone ever does something to you,'” and that Ky’s “biggest mistake” was targeting Tiff because she was never coming for him despite her trash-talking him all the time. Azah noted that Ky said that Tiff didn’t do much — you know, the person who came up with the Cookout’s master plan. “You can’t say, ‘I deserve that’ and you booted Tiffany. You cant have it both ways. She put work in and you booted her at six,” she said. Facts.

“He likes manipulating everyone else and he is pissed cause he got manipulated. He is like, ‘I’m smarter than everybody.’ No you are not,'” X pointed out. “He kept feeling like he had to say some more sh–. I was like, ‘Bro, take your bag and go out and see Julie. You lost.'”

“He is sitting somewhere flipping out. He don’t know what to do. I can feel it,” Big D said. Big D wishes he could see the other jurors’ faces when Ky walks in. You know Sarah Beth is not happy with him. The good news for the jury is that Ky won’t come into the house and kill the fun vibes since the eighth juror joins during the roundtable.

X and Big D also reconfirmed their final two and how they’re so close to “two checks.” X said he cannot take Azah because she was “too nice to everybody.” It really would be hilarious if Azah wins Part 2, somehow beats X in Part 3, takes Big D and ends up winning it all. But we’re on track, as we have been for weeks, toward an X coronation.