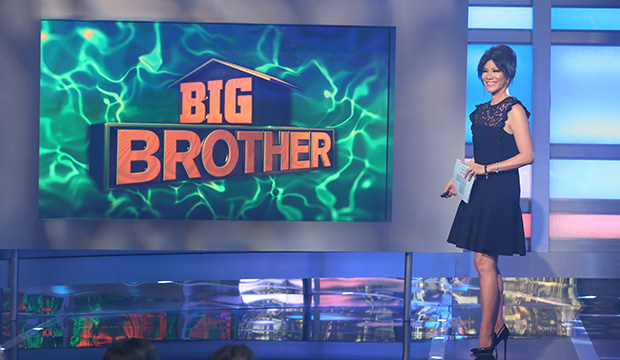 For the second year in a row, “Big Brother” will kick off with a live move-in, so expect some unexpected snafus possibly, like last year’s Have-Not Room not opening. But unlike last year, it will also immediately split the houseguests into teams.

The all-new cast of 16 — aka no returning players — will enter the house live in groups of four during the 90-minute “Big Brother 23” premiere on Wednesday, July 7 at 8/7c, after which they will learn they will be playing in teams and will compete in the first competition live to determine them.

“As people move in and they’re in that first competition, they’re going to be vying to be a team captain, and also to be able to compete for HOH [Head of Household],” executive producer Rich Meehan told Entertainment Weekly. “That team captain competition is going to be how they’re selecting their team. If you’re a team captain, you’re going to get a snapshot of some of the houseguests, then you’re going to have to decide who you want to add on your team. It should be a fun way to build the teams. It’s always interesting to see how it plays out with that element because the team dynamic changes the game a bit.”

SEE Everything you need to know about ‘Big Brother 23’

“Look, it has been very interesting the last couple of seasons,” Meehan said. “I mean, I’ll take ‘All-Stars’ out of it, because it was its own unique season, but even Season 20 had the Level Six alliance, which had a group of strong players that really stuck together. In many early seasons that didn’t happen — where yeah, people bond, but then it always broke apart. But there have been a couple of seasons where they’ve managed to stick it out and not betray each other and really control the numbers. We absolutely look at those things when developing the creative for this season.”

The teams will stay intact for the first four weeks of the season, according to Parade. The team with the HOH on it will be safe from eviction for the week, but the other three teams will nominate one team member to participate in the Wildcard Competition (this will be the Sunday episode comp) to win safety just for that houseguest. If the winner opts for safety for the week, it will lead to a punishment that may affect them, their team or the entire house.

Meehan and Grodner are hoping the new team dynamic will be “interesting to watch,” along with the risk-versus-reward theme of the season. “Playing the game is always a risky proposition. Who are you going to align with? Who do you betray? Do you throw a competition? This season, our theme is full of risk-versus-reward dilemmas,” he explained. “We’re dialing up the risk, hoping and anticipating the houseguests are faced with decisions they’ve never really had to make in the ‘Big Brother’ house before.”

In that vein, the house will have a beach club/casino theme — the BB Beach Club. The backyard on premiere night will have a casino backdrop. And at the end of the premiere, Julie Chen Moonves will give houseguests a double-or-nothing offer “that may be too good for someone to refuse,” Meehan teased.

“We thought about how we’ve all spent the past year locked in our houses, and how we’ve all longed for vacation,” Grodner shared. “We want this year to feel that way. Our houseguests are coming in and going on a bit of a vacation. Think about a beach club meets Vegas meets Monte Carlo. It’s a boutique hotel in its decor, and it’s aspirational.”