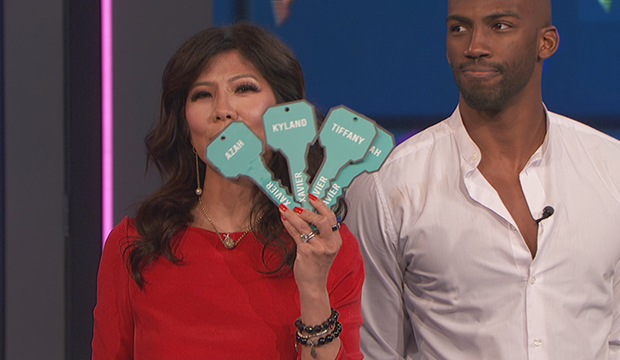 Not only is Xavier Prather the first Black winner of “Big Brother,” but he’s only the third houseguest to win with a unanimous vote after crushing Derek Frazier 9-0 in the Season 23 finale last week. The other two to do so in a regular “Big Brother” season are Dan Gheesling in Season 10 and Cody Calafiore last year in the second all-stars outing. And if you ask Julie Chen Moonves, X may just be the “BB” GOAT with his quietly dominant game and well-liked personality.

“He’s only the third player to ever get an unanimous win… and in my humble opinion, he may be the best ever to do so,” she told “Entertainment Weekly.” Think about it: The first houseguest to ever do that was Dan Gheesling in season 10 (back then, the jury was only made up of seven people and he got all seven votes). The next time was only last summer when Cody beat Enzo [Palumbo] in ‘All-Stars.’ Cody won in large part because he is a competition beast. The kid is unstoppable and so impressive.

“Xavier won by knowing when to lose and winning when he had to, and was liked and admired by all in the house,” she continued. “How many times have we ever seen that? In addition to winning all nine votes, not a single negative comment was made from any juror when it came time to insert the keys! If that’s not proof of God and miracles, then what is?!”

SEE ‘Big Brother 23’s’ Xavier on being the first Black winner: ‘I just hope I can make everyone proud’

Chen Moonves also acknowledged Tamar Braxton, who won the second season of “Celebrity Big Brother” in 2019 with a unanimous vote and is the first Black winner of the entire U.S. franchise. But as she noted, the “Celebrity” version only lasts three weeks, not three months. “My dream is to one day have a ‘BB’ version of Mount Rushmore somewhere in the house,” Chen Moonves said. “I see it being the faces placed in chronological order of unanimous winners: Dan, Tamar, Cody, Xavier, boom!”

Dan and Cody have competed in multiple seasons, yielding the same results in reverse order — first and second — so maybe Xavier will be back again one day. But Chen Moonves would like to see some other Season 23 also-rans play again: “Tiffany, Derek X., and Frenchie.”