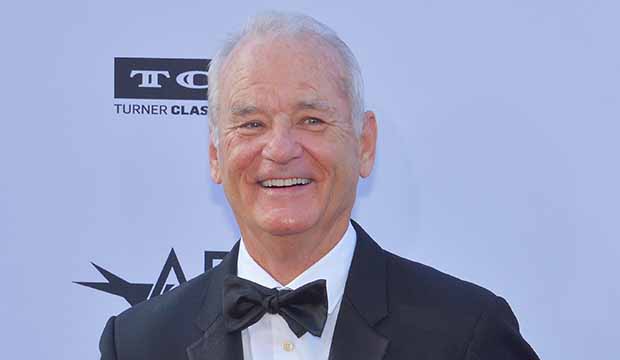 A note to producers and directors who want to work with Bill Murray: if you have a scene where he’s driving by himself in a car, the comedy legend may just disappear in the vehicle for hours.

At least that’s what happened to indie filmmaker Jim Jarmusch, who directed Murray in 2003’s “Coffee and Cigarettes,” 2005’s “Broken Flowers” and 2019’s “The Dead Don’t Die.” He revealed that quirky fact during a Zoom interview presented by the American Cinematheque with Murray and his “On the Rocks” writer/director Sofia Coppola. Murray earned a Best Actor Oscar nomination for Coppola’s award-winning 2003 comedy “Lost in Translation.”

“Sofia, I would have been nervous about Bill driving off with nobody else and not come back,” said Jarmusch, as Murray chuckled. “Or maybe come back maybe a few others later. We’re like ‘Do you think Bill’s coming back?’ And then he does…. four hours later…. [with] I don’t know- hunting hats as gifts.”

Thankfully, Murray was on his best behavior filming the Apple TV+ release “On the Rocks.” He plays Felix, the divorced, charming roue father of Laura (Rashida Jones) who convinces her that her husband (Marlon Wayans) is having an affair.

Here’s another Murray fact you may not know: He likes to play music on the set because he feels like it helps the spirit of the movie.

“I feel like it gives the crew tempo, that with rhythm people can move with the tempo,” explained Murray, who is nominated for a Golden Globe and Independent Spirit Award for his sweetly comic turn. He feels “like that’s important on the job. Certainly, in Mexico, there was music all the time. The whole place just feels like a serenade. We had a wonderful Mexican crew while we were down there and they appreciated having the music, too They really responded to it.” Besides, Murray added, when Coppola says “Action,” everything seems to be like a dance. People are moving in a certain rhythm. The rehearsal kind of gets to it and everybody finds the groove that Sofia sets and then we go. Even in between takes you feel the beat inside you, and you don’t lose it. You keep it and it’s easy to maintain over a number of takes.”

Coppola piped in with a question for her star. “When we were shooting [you] alone in the car driving, were you listening to music?”

Murray smiled. “If you drive into the city, and you have one of those satellite radios, you can’t hear any music because of the buildings [in New York City], but you can hear local FM from New York. If we’re moving, I like to listen to the music, but when we are sitting still, I like to turn it off and just listen to the city.”

Jarmusch remarked on the chemistry between Murray and Jones. “Just starting with the first scene they’re together in the restaurant…there’s something so subtle about her reaction to Felix,” he noted. “It was hard a little for me knowing you Bill personally to separate you at times [from the character]. I know Felix was saying things that you wouldn’t say for sure, but when you take her in the sports car and having caviar all around, it seemed like something very familiar to me. Also, when you talk those cops out of giving you a ticket, it seemed like things I’ve witnessed before in real life. Obviously, you’re playing a character but again there were very beautiful subtle things you guys did together.”

Coppola wrote the roles with Murray and Jones in mind. The two had had a sweet scene together in the awed-winning 2015 Netflix special “A Very Murray Christmas.” He had also done an episode of Jones’ 2016-2018 TBS comedy series “Angie Tribeca.”

“I did not understand the show at all,” Murray said. “It was one of their first shows and it was kind of a camp cop show where everything was sort of classic cliché writing for cops shows. I don’t think anyone knew what the tone was. I was also in an episode of ‘Parks and Recreation’ where I played the mayor after he died. I had one scene basically which was in a casket. But I did get to spend the whole day with [the cast] and enjoyed Rashida very much.”

Jones was grieving when production began on “On the Rocks,” Murray noted, because her mother, “The Mod Squad” and “Twin Peaks” star Peggy Lipton, had recently died. “We just leaned together and tried to get through it,” he explained. “Making movies can be hard and when your heart is somewhere half out of space, it’s really hard to work. I just thought Rashida was incredible. You know how where people say ‘Well, it was probably a good thing she had something to work on or put her mind to,’ I think it was good to be with Sofia and other likes Sofia. Sofia brought to the movie, people who really care about other people. Good, fine people who are just able to buck us all up. You know how it is, you’re just trying to be buck everybody up every day.”