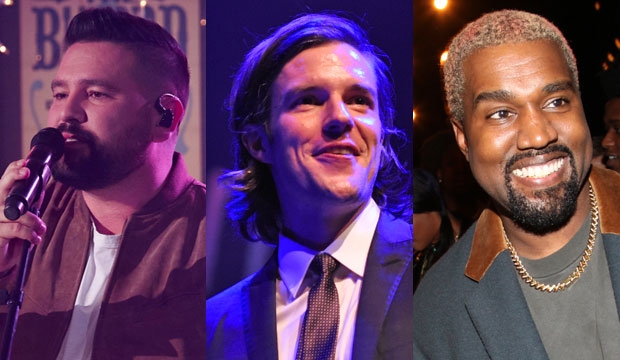 Billie Eilish‘s second studio album, “Happier Than Ever,” debuted at number-one on the Billboard 200 with one of the year’s biggest weeks for an album launch, but how long will it stay there? In our first-ever predictions for who will top the chart, our users say Eilish will have more reasons to be happy.

SEEBillie Eilish songs, ranked: We rank her 21 greatest hits (so far), including her latest, ‘Happier Than Ever’

“Happier Than Ever” is our front-runner to top the Billboard 200 for the tracking week of August 13 through August 19, which would be the album’s third week in release. But this week will also see new releases from country duo Dan and Shay (“Good Things”), Australian pop star Luke Hemmings (“When Facing the Things We Turn Away From”), and rock band The Killers (“Pressure Machine”).

Dan and Shay have yet to achieve a number-one album in their career; the best they’ve done to date is number-six with their 2014 debut “When It All Began,” which was matched by their most recent, self-titled 2018 release. But that self-titled album eventually went platinum, so their fans might be ready to pounce on their new collection three years later.

The Killers have released six studio albums prior to “Pressure Machine,” and while all of them made the top 10 on the Billboard 200, only one of them went to number-one: 2017’s “Wonderful Wonderful.” Their most recent album, “Imploding the Mirage,” was released less than a year ago and peaked at number-eight.

Then there’s Hemmings, who’s making his solo debut. But he previously released four studio albums as a member of the boy band 5 Seconds of Summer, and the first three went to number-one while the last peaked in the runner-up spot. If his fans carry over, that could be good news for his new record, though its singles haven’t made an impact on the US charts thus far.

There’s one big question mark in the charts conversation, however: Kanye West. His 10th album “Donda” has been anticipated for a while now, but expected release dates have been coming and going with no sign of it. As of this writing it looks like it might be coming out on August 13 (same day as The Killers, Dan and Shay, and Hemmings) or perhaps two days later on August 15, but it’s hard to say for sure at this point. If West does make an appearance, he might be hard to beat as his last eight albums all reached the top spot.

So what do you think the upcoming week’s biggest album will be?